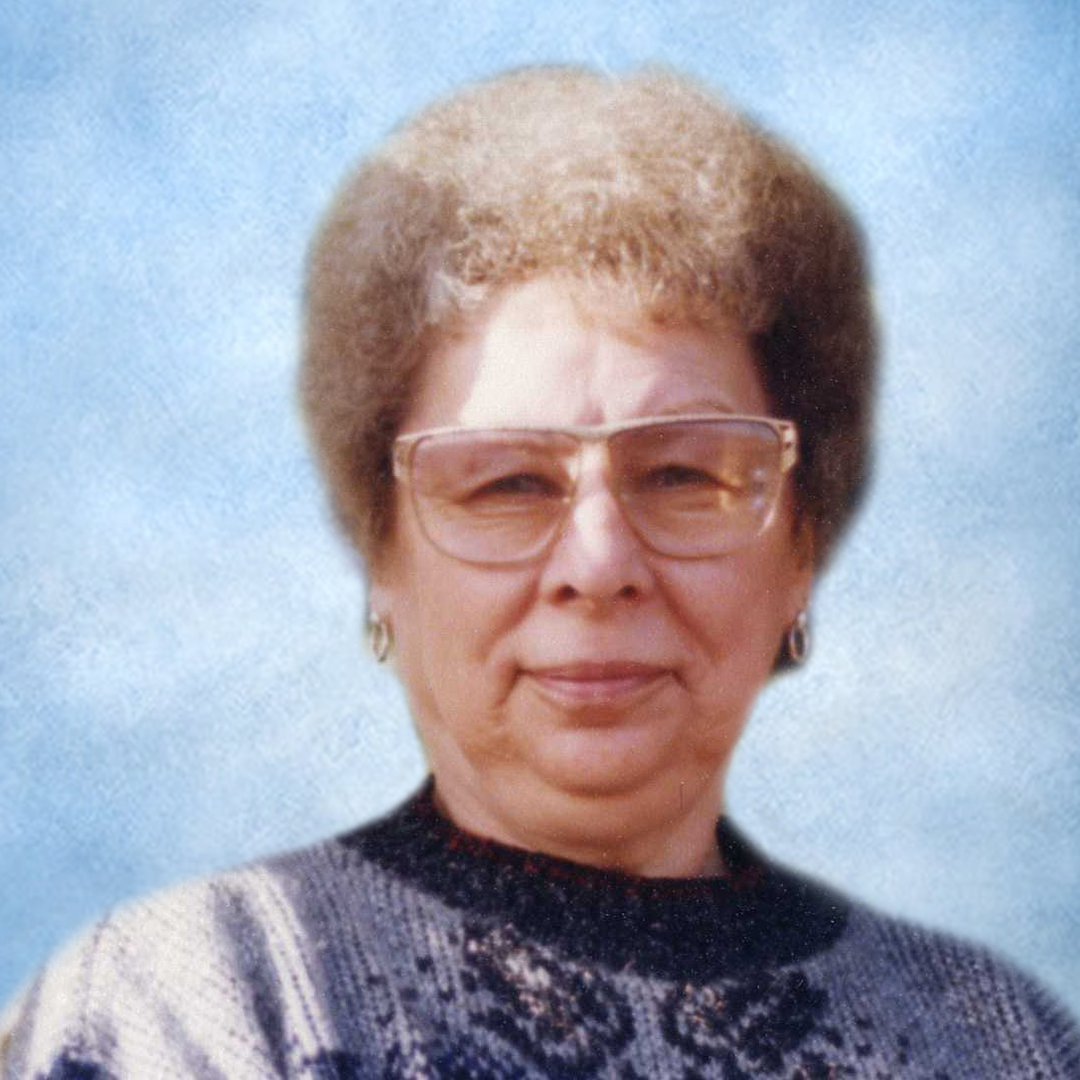 Ellen was born March 9th, 1933 with a mid-wife in Dunn County to Ted and Mary Sabrosky. Ellen was the youngest of 3 children and was a graduate of Killdeer High School. Ellen married Ernest Edward Kulish in 1951 in Medora, ND and then they moved to Ft Hood Texas for 9 months for Ernest’s basic training. After basic training Ellen and Ernest came back to Dickinson where Ellen was working at the S & L clothing store while Ernest was  serving in North Korea. The Koren war ended after a short time and then Ellen and Ernest moved to Billings County residing at Ernest’s parents Mike & Pauline Kulish family farm. Ellen and Ernest took over the family farm, built a new house and resided on the farm until retiring to Dickinson in 1991.

Ellen being a farm wife kept busy milking cows, gardening, tending to chickens, canning, and cooking. Ellen saved every recipe she ever came across and was a great cook. Ellen baked and made about everthing from scratch, it was always enjoyable to walk into the house and smell homemade fresh bread, cookies or donuts. Ellen made sure the freezer was always full in the fall with farm raised chickens, ducks and geese. Ellen and Ernest would always go to town (Dickinson) on Thursday, it was the only shopping day that they continued religiously even after being retired. Ellen in the early years on Thursday would sell farm eggs and cream to restaurants in Dickinson to supplement some of the groceries needed for the week until the next town day Thursday.

Ellen was preceded in death by her parents Ted and Mary Sabrosky and her brother Alvin Sabrosky.
To order memorial trees or send flowers to the family in memory of Ellen Kulish, please visit our flower store.
Send a Sympathy Card