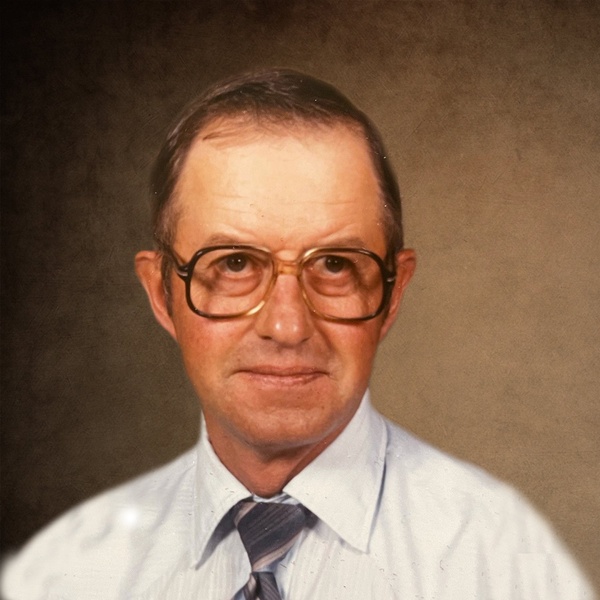 Funeral Services for Elmer Goetz, 84, of Killdeer will be 10:00 a.m., Friday, August 20, 2021 at St. John Lutheran Church in Killdeer with Pastor Dorothy Stein officiating. Burial will follow at the Halliday Cemetery.

Visitation for Elmer will be from 4:00 p.m. - 6:00 p.m., Thursday, August 19, 2021 at Stevenson Funeral Home in Killdeer with a prayer service being held at 6:00 p.m. Visitation will continue one hour prior to the funeral at the church.

Elmer passed away Monday, August 16, 2021 at Hilltop Home of Comfort in Killdeer.

Elmer was born on November 3, 1936 to Alex and Emma (Miller) Goetz on the family farm NE of Halliday, ND. He attended country school and graduated 8th grade. Elmer was a dairy farmer and rancher for nearly all his life, having grown up working on the family farm with his father. He ultimately took over operation of the farm, though he had done work with coal hauling, construction and at the Halliday elevator.

Elmer met his wife Clara while working in Halliday. They were married on October 6, 1961. They remained on the Goetz family farm, raising beef and dairy cattle, wheat and grain crops. Together they raised five children, and operated the farm until 1989. They retired from farming and moved to Killdeer, where they have lived ever since.

Upon moving, Elmer’s career took a drastic change when he graciously accepted a position as a CNA at Hilltop Home of Comfort. It was a great challenge for him to put on white scrubs instead of his usual boots and jeans. However, he received recognition for his work as the first male orderly at Hilltop, by receiving the Employee of the Quarter. He was quoted in a newspaper article recognizing his achievement as saying “This is one of the nicest things that has ever happened to me.” He worked at Hilltop for 18 years before retiring in 2007. However, Elmer could never truly retire, and worked for the next several years with Sample Automotive in Manning, where he did pickup and delivery of various automobiles. This was perhaps his favorite job of all, allowing him to experience some local travel and great companionship.

Elmer was very much a Christian man. He attended church every Sunday, and lived a God- Fearing life. He loved to go fishing and especially loved farming and the outdoors. Elmer enjoyed gardening and took pride in his yard. He loved attending sporting events, especially those of his children and grandchildren, whom were very important parts of his life. Elmer enjoyed playing table and card games with his family and was known for shenanigans during Uno games. He also was an avid hat collector. Through often seen as a quiet man, Elmer was known for his playful personality. He was an incredible jokester with a great sense of humor. He will be greatly missed by many.

In lieu of flowers, family suggests donations be made to Hilltop Home of Comfort.
To order memorial trees or send flowers to the family in memory of Elmer Goetz, please visit our flower store.
Elmer Goetz Memorial Cards.pdf
Open