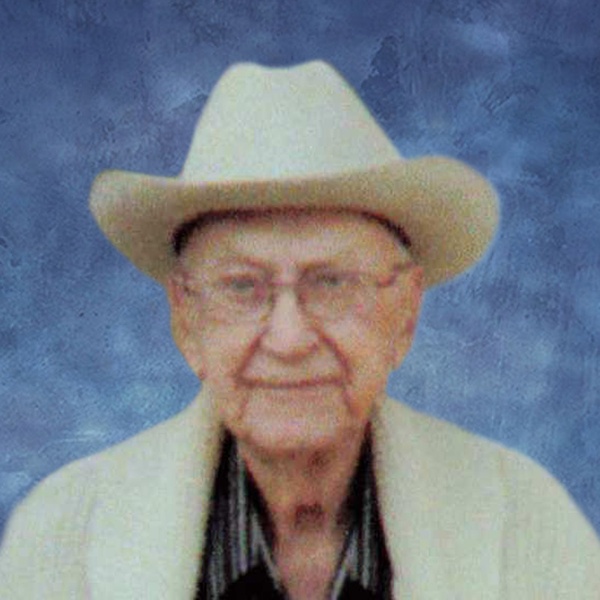 Funeral Services for Elmer Nordsven, 94, of Killdeer will be 11:00 am Wednesday, April 28, 2021 at Stevenson Funeral Home in Killdeer with Pastoral Intern Anne Nies officiating. Burial will follow at Werner Cemetery. Military honors will be presented by Ezra Barrows Post #46.

For those unable to attend, Elmer’s service will be livestreamed on the Stevenson Funeral Home website. The livestream will be available under Elmer’s obituary 15 minutes before the service.

Elmer was born July 14, 1926 to Andrew and Clara Nordsven of Werner, North Dakota at St. Joseph’s Hospital, Dickinson. He grew up on a farm just South of Werner. Elmer attended a Country school SW of Werner. He started school knowing only Norwegian, so he had to learn English. Elmer was drafted into the U.S. Army in December of 1944. He went through basic training at Ft. Snelling, MN. He was then stationed at Luzon in the Philippine Islands and traveled to the Midway and Corregidor. Elmer received the Good Conduct Medal along with the Victory, Ariatic Pacific Service and Army of Occupation Medals (Japan). He was honorably discharged from Ft. Lewis Washington in December 1946.

Upon returning home from the service, Elmer began farming and established his roots. On October 8, 1947 he married his sweetheart and neighbor LouAnn Madson. They continued to farm and raise five children and then moved to Killdeer in 1955 where they owned and operated the Killdeer Hotel. In 1961 they moved to Halliday where they continue to farm.

Elmer loved to read newspapers and magazines. He also read several books related to tractors, the war, and many other subjects.

His favorite hobby was fixing and restoring old John Deere tractors, along with family gatherings and playing pinochle and poker with his family.

Throughout his life he was a very good mechanic – seemed he could fix most anything.

In lieu of flowers, family suggests donations be made to St. Jude Children’s Hospital.
To order memorial trees or send flowers to the family in memory of Elmer Nordsven, please visit our flower store.