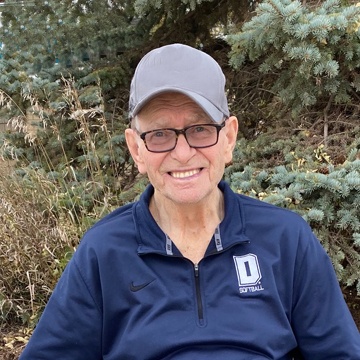 Funeral Mass for Emil Taraba, 88, of Dickinson, will be 9:00 a.m. Thursday, July 8, 2021 at Queen of Peace Catholic Church Dickinson. Burial will follow at the North Dakota Veteran’s Cemetery, Mandan, ND.

Emil Leo Taraba was born June 1, 1933 in Belfield, North Dakota the son of Adolph and Lena (Basaraba) Taraba. Growing up he attended school in Stark County until the 8th grade.

Emil enlisted in the North Dakota Army National Guard in February 1950 where he served in Company K/164TH Infantry serving during the Korean War. After his honorable discharge in 1953 he returned to North Dakota where he went to work on the first oil rig in Billings County. He worked on and off in the oil field for 6 years.

On September 21, 1954 Emil married Carol (Heinle) at St. Bernard’s Catholic Church in Belfield ND. Emil and Carol raised their three children on his family farm North of Belfield which was in his family for over 100 years. Emil ran his dairy farm from 1954 to 1976 when a tornado blew down their dairy barn. Emil continued to farm and ranch until they moved to Dickinson in 1997.

Emil enjoyed his bowling leagues, gardening, traveling, camping, and fishing life. He was a lifetime member of the American Legion (60 years), Knights of Columbus, lead rosary at St. Bernard’s Catholic Church, attended Cursillo at Queen of Peace Parish and drove school bus for South Heart school district for many years.

He was proceeded in death by his wife Carol “Dolly”, parents Adolph and Lena, son in law Tim Rambousek, brother in laws John Evoniuk, and Lloyd King.
To order memorial trees or send flowers to the family in memory of Emil Taraba, please visit our flower store.