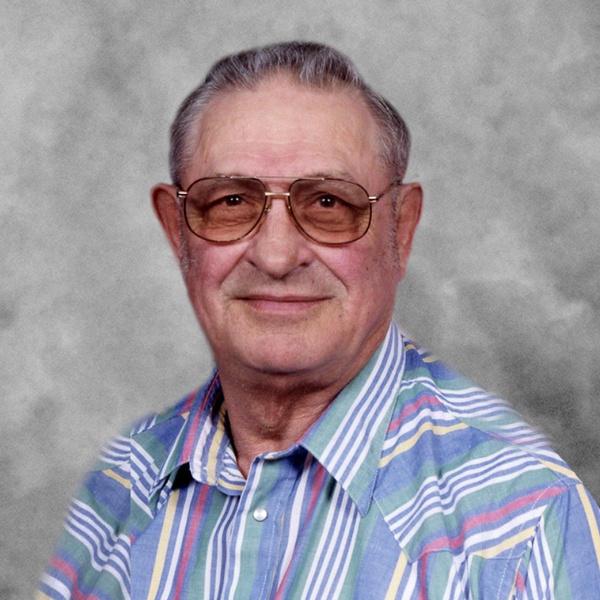 Ernie passed away on Wednesday, September 18, 2019 at Marian Manor in Glen Ullin, ND.

Ernest Hellman the seventh of thirteen children of Valentine and Theresa (Schaaf) Hellman was born August 7, 1934 in the St. Joe area. After his father passed away in a farming accident, Ernie helped alongside his siblings on the family farm and attended country school. Ernie was drafted into the United States Army on February 12, 1957 and went to basic training at Ft. Leonard Wood in Missouri. He served in Korea during the Korean Conflict and was subsequently sent to Germany where he stood guard at the Berlin Wall. Ernie was honorably discharged February of 1963. He met and married Lenora Kottre on November 15, 1960. To this union four children were born, David, Darrel, Dorelee and DuWayne. Ernie worked for many years for Vics Friendly Service delivering gas and fuel and working as a shop attendant.  Ernie and Lenora purchased the service station and operated it as Hellman Oil in Glen Ullin for over 10 years. After selling the gas station Ernie worked part time driving bus for the school and senior citizens. He was a lifetime member of the Glen Ullin Fire Department and served as the Fire Chief. He was also a member of the Knights of Columbus Council 4004, Glen Ullin Lions Club and Sacred Heart Catholic Church. Ernie was an avid supporter of Glen Ullin athletics. He enjoyed playing cards when he won. Ernie enjoyed spending time with his children and grandchildren and will be missed by all who knew him.

He is preceded in death by his parents, Valentine and Theresa Hellman; wife, Lenora; brothers, Thomas, Joseph, Jack, Lawrence, George; sister, Mary Wolf.
To order memorial trees or send flowers to the family in memory of Ernest Hellman, please visit our flower store.