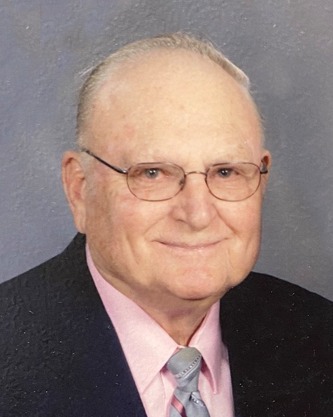 Funeral Mass for Ervin Emter, 87, of Glen Ullin will be 10:30 a.m., Wednesday, October 19, 2022 at Sacred Heart Catholic Church in Glen Ullin with Father Gary Benz celebrating. Visitation will begin one hour prior to the service with rosary at 10:00 a.m.

On September 10, 1988, he married Marguerite (Marge) Barnaby in Wibaux, Montana.

After leaving the farm, he worked for Farmer’s Union Oil Company for eight years and the North Dakota Department of Transportation for 26 years. After retirement for the NDDOT, he drove a school bus route and also drove for school activities.

Ervin loved to camp, travel, and go fishing with his sons. His hobby was restoring old tractors and going on tractor treks with his friends and his sons. He loved his grandchildren and great-grandchildren very much.

To order memorial trees or send flowers to the family in memory of Ervin Emter, please visit our flower store.