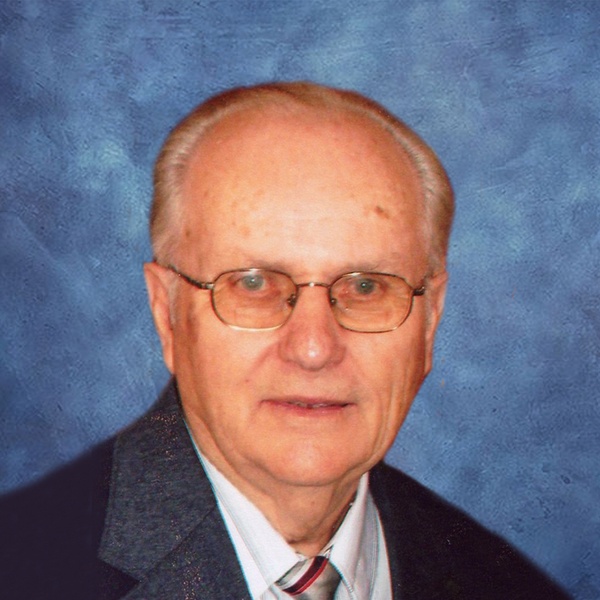 Funeral Mass for Erwin Thiel, 88, of Almont, will be held at 11:00 a.m., Wednesday, May 5, 2021 at Sacred Heart Catholic Church in Glen Ullin with Father Jeff Zwack celebrating. Burial will follow at Sacred Heart Cemetery.

For those unable to attend, Erwin’s service will be livestreamed on the Stevenson Funeral Home website. The livestream will be available under Erwin’s obituary 15 minutes before the service.

Erwin M. Thiel was born September 28, 1932 in Glen Ullin, North Dakota to Peter and Helen (Feser) Thiel. He was raised on the family farm and attended Erlandson Country School. He began his linemen career in 1949. He met Nancy Cleveland at a café in Underwood while she was waitressing and the couple was married May 2, 1961 at Sacred Heart Catholic Church in Glen Ullin. Erwin’s job took them to different states until they moved back home to help run the family farm. The couple was blessed with four children, Gay Marie, Bryan, Debbie and Brad. Erwin was a hardworking farmer and alongside his family, enjoyed milking cows for over 70 years.

In his earlier years Erwin enjoyed bowling and was always an avid sports fan, whether it was watching high school sports and cheering on his kids or enjoying Minnesota Twins baseball or Vikings football on TV. He loved spending time with his family and was always known to tell a good story.

He was preceded in death by his parents, Peter and Helen; and siblings Robert Thiel, Delores Fischer, Thea Parsons, Art Thiel and Marcel Thiel.
To order memorial trees or send flowers to the family in memory of Erwin Thiel, please visit our flower store.