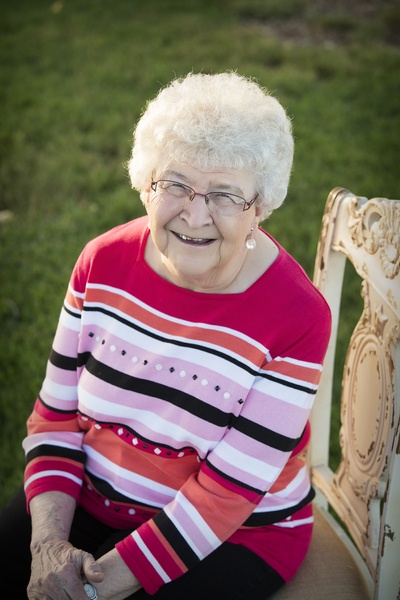 Funeral Service for Esther Wetzel, 95, of Baker will be 10:00 a.m. Tuesday, November 9, 2021 at Stevenson Funeral Home in Baker with Pastor Eric Botzet officiating. Burial will be in the Friendship Cemetery in Glen Ullin, ND at approximately 4:30 CDT, 3:30 MST.

For those unable to attend this service will be live streamed at stevensonfuneralhome.com.

The family would like to encourage those attending to choose either the Funeral or the Prayer Service due to the concerns of Covid-19. With respect to the family, masks will be required.

Esther Opp Wetzel was born on Sept 14, 1926 to Gottlieb and Martha (Luithle) Opp at their family home near Zap, ND. She was raised on their ranch. Esther finished her first eight years of education in a country school in Mercer County. She graduated from high school in 1945 in Hebron, ND. She met Art Wetzel when she was a senior in high school and eight months later, they were married. Their son, Keith, was born the following year. Two years later Sharan was born. In I952, tragedy struck when conjoined twins, Mary and Martha, died shortly after birth. A few years later, the family welcomed Renee in 1954 and Lynette in 1965.
Esther considered herself blessed to serve God for 45 years alongside her husband Art in full-time pastoral ministry. She enjoyed helping in the nursery and children’s ministries. Esther taught and mentored younger women in the Bible.

The Wetzel’s ministered in North Dakota, Montana, Colorado, and Nebraska. After Art’s passing Esther returned to Baker to live closer to her daughter, Sharan, and longtime friends. She enjoyed living in the Parkview Retirement Complex for twenty years. In her spare time, she volunteered at the Superior Care Villa and the FMC nursing home where she fixed hair, led Bible studies and helped with games. She also enjoyed traveling to see her children and grandchildren.

She spent the last five months at Superior Care Villa, where she was blessed with wonderful care-givers.
Esther was a faithful member of the Evangelical Free Church of Plevna, MT.

Memorials may be given to Evangelical Emmanuel Free Church of Plevna, MT or The Gideons International.
To order memorial trees or send flowers to the family in memory of Esther Wetzel, please visit our flower store.