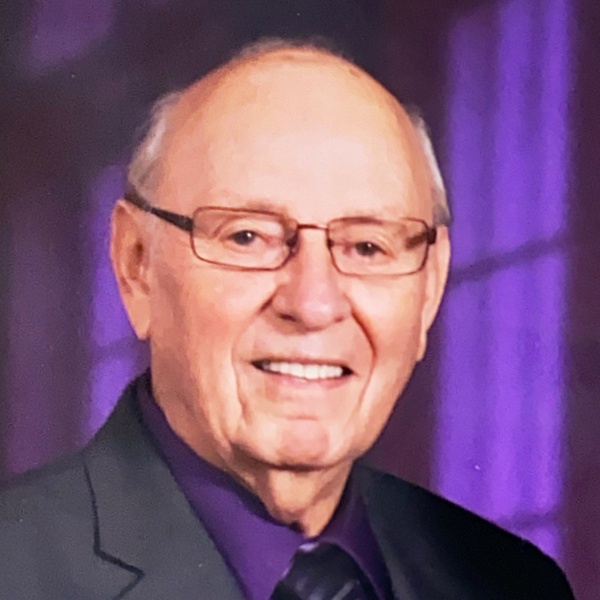 Due to the recent outbreak of the Coronavirus, public officials have strongly recommended to keep Eugene's funeral Mass to family. Eugene would have wanted his friends to be in a safe environment during this time of uncertainty. His family understands and appreciates your thoughts and prayers.

Eugene (Gene) Francis Braun, born on May 13th, 1935 left this earth on Friday, March 27th, 2020. Born to Thomas and Rosa Braun, Gene was raised and worked on the family farm and was educated at St. Pius School west of Schefield, ND. He moved with his family to Dickinson in 1950 and graduated from Dickinson High School in 1954. Soon after graduation he went to work at the briquetting plant for the Binek brothers. Gene enlisted into the United States Army National Guard on October 10, 1958. He served six years until being honorably discharged on October 9, 1964.

On May 23, 1961 Gene married the love of his life, Shirley Ann Kubischta at St. Joseph’s Catholic Church. The couple bought their first home on South Main in Dickinson and were soon blessed with a lovely daughter, Cheri, and three wonderful sons, Brian, Barry, and Cal. Gene continued working hard at the briquetting plant which became Royal Oak Enterprises. Starting as the bookkeeper he worked his way to management where he was dedicated to the plant until its closing in 1990. Asked by the company to relocate to another plant, Gene and Shirley packed up their lives and moved to Cambridge, MN where they lived and worked until the two of them retired. In 2012 the couple once again packed up and moved to West Fargo to be closer to their children and grandchildren.

One of Gene’s biggest joys was found in music. A self-taught musician he played piano solely by ear. He played for different bands until joining the Tony Weber Orchestra. For the next 25 years the band would travel around the region entertaining crowds. The band went on to produce and release their own albums.

Later in his life Gene was afflicted with a lower motor neuron disease of the upper extremities. His arms continued to weaken but his resolve grew stronger, never allowing the disability to stop him and even though the simplest daily tasks grew more difficult, he never complained. He continued working hard at his job and took pride in his yard. He simply worked a little longer and engineered new tools to get the job done. Gene had a determined spirit that was evident all the way to his last breath. Giving up was not in his vocabulary.