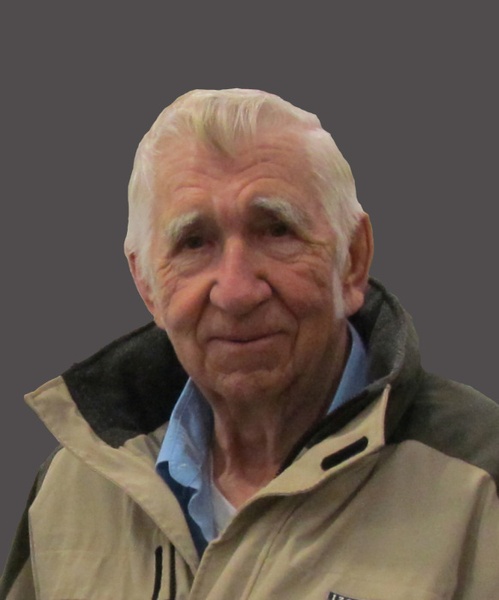 Eugene Steinke, 82, of Wales, ND, passed away peacefully surrounded by his family on Wednesday, November 4, 2020, at Sanford Medical Center in Fargo, ND.

Eugene Charles Steinke was born November 20, 1937, on a small farm near Rush Lake 2 miles west of Wales, ND, to Gustav and Anna (Greening) Steinke. He grew up in Minto Township and attended school at Minto Twp. School and Wales High School, graduating in 1955. Gene bought the bar in Wales on July 10, 1964, and then built the new bar building in 1977. He owned and operated the bar until 2015. One of Gene’s favorite things to do was to invite friends from all over, including many from Canada, to his bar. He was a gracious host. He loved having a good time and made sure everyone had a good time and no one ever went away hungry. There was always someone there who sat down at the piano and/or picked up a guitar and the sing-a-long would begin. Canadians waited until the last minute to head back to the boarder. He loved singing and listening to country music, playing pool, curling, driving around visiting, and raising cattle. He also looked forward to goose hunting and driving combine for family and friends in the fall. He had a big heart and was always there to help anyone who needed it.

In 1965, he met Renae Kern, and they were married November 16, 1968. They had a daughter Monica. His grandchildren, Dawson and Baylee, were very important to him. He loved spending time with them and called them almost every day to check in and see how they were and what they were up to. He was always very supportive of their education and their goals and aspirations in life, helping in whatever way he could.

Surviving Gene are his wife, ReNae, of Wales; daughter Monica (Rick) Kram of Dickinson, ND; grandchildren Dawson of Dickinson and Baylee of Grand Forks; siblings: Norma (Dennis) Pengilly, Sharon Krueger, Earleen (Bob) Edkins, and Earl (Cindy) Steinke along with many nieces and nephews. He was preceded in death by his parents; sisters: Lorraine Stauber, Berneice, Janet Marie, and Anna Kueneman; and brothers: Melvin, Kenny, Allen, Alfred, Walter, and Jerry.
To order memorial trees or send flowers to the family in memory of Eugene Steinke, please visit our flower store.