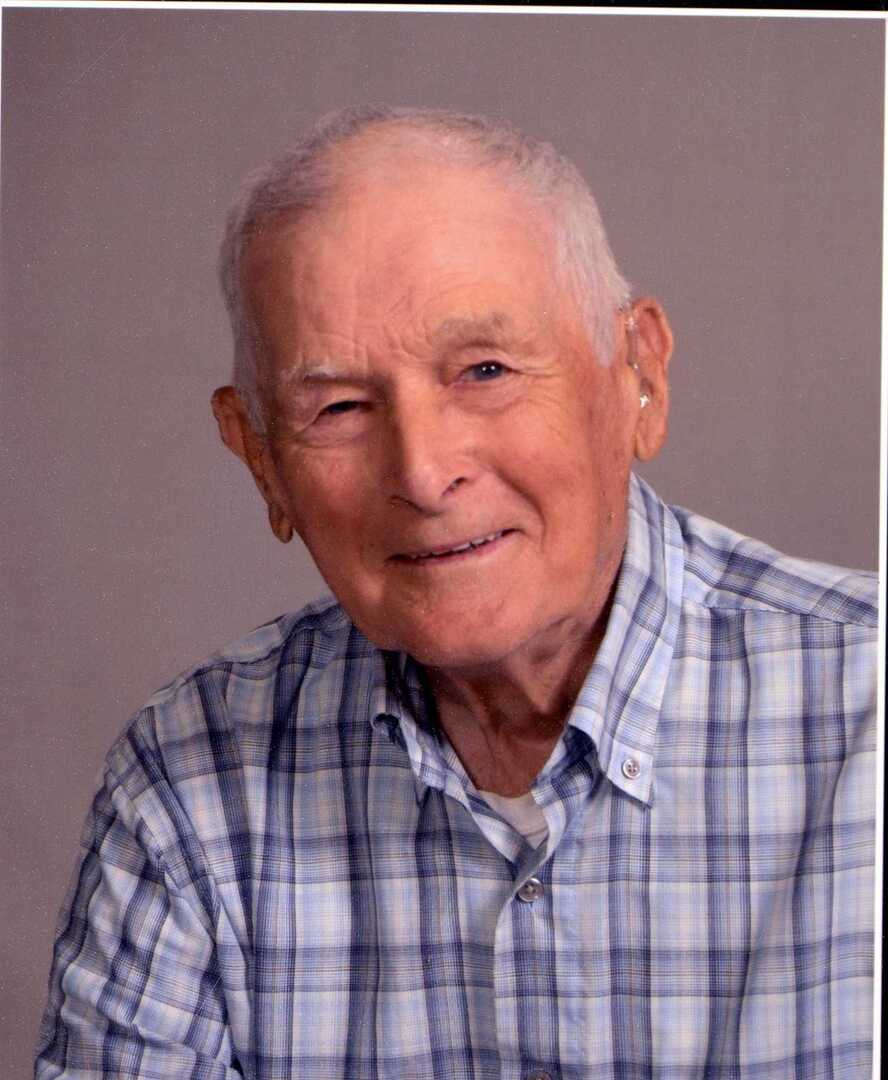 Eugene was born in Gladstone on December 29, 1930, the son of Henry and Catherine (Pfeiffer) Tormaschy. Growing up, he attended Versippi School and Alpha No. 5 through the eighth grade. He worked on the family farm north of Gladstone. Gene met his sweetheart, Margaret Staudinger in the Spring of 1952 at his cousin’s wedding dance and the couple was married on June 29, 1953 at St Mary’s in Richardton. Gene enlisted with the United States Army on February 11, 1954 and served in Texas and Kansas before his honorable discharge in 1956. Gene and Margaret bought a farm northeast of Gladstone where they raised their seven children; Gary, Carol, Allen, Dale, Diane, Nell and Amy. Gene worked at Schnell’s/Stockmen’s Livestock for 30 years. He retired from farming and ranching in 2007 and helped out on the farm until moving to Dickinson in 2020. Gene was a member of the KC in Gladstone, American Legion in Richardton and St. Mary’s Catholic Church. His hobbies included fishing, tinkering around his farm, feeding the birds, trapping moles, playing pinochle and dancing to polkas.