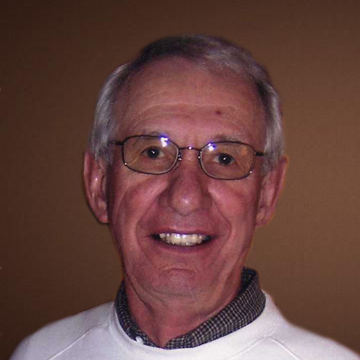 Funeral Mass for Florian F. Volesky, 85, of Dickinson will be 10:00 a.m., Friday, February 12, 2021 at the Queen of Peace Catholic Church with Father Kregg Hochhalter celebrating. Burial will follow in the St. Wenceslaus Cemetery in Dickinson.

Visitation will be on Thursday from 1:00 p.m. to 6:00 p.m. with a Vigil and Rosary being led by Msgr. Thomas Richter at 6:00 p.m. at Stevenson Funeral Home in Dickinson.

For those attending, please follow recommendations from the CDC and ND Department of Health. If you are unable to attend you may view the live webcast of Florian’s funeral service, rosary and vigil. Go to the Stevenson Funeral Home website, click on Florian’s photo, select photos and videos and find the webcast. The livestream will be active about 15 minutes before the services.

Florian passed away February 8, 2021 at his residence in Dickinson.

Florian Frank was born March 7, 1935 on a farm in Billings County, the son of Anton J. and Rosie (Sadowsky) Volesky. Growing up he attended Sts. Peter & Paul Catholic School in New Hradec. As a young man he began working on the Volesky family farm with his parents. While attending one of the local dances, he met a young girl Gladys Kovash, and they were united in marriage on September 16, 1957 at Sts. Peter & Paul Catholic Church in New Hradec. The couple was blessed with four daughters, Sue, Lonnie, Barb and LeeAnn. Together they raised their daughters and proudly lived the country life of farming for the next 53 years. Florian loved being able to teach his girls how to milk, rake hay, plow, and run combine. He was a gentle teacher with plenty of patience, even if it meant spending a little extra time fixing the mishaps of his girls. Florian was blessed to have been born, raised and lived on the same family farm for over 75 years. He had a deep love for the land and took great pride in farming and maintaining a breath-taking farmstead. He and Gladys retired in 2010 and moved to Dickinson. While in Dickinson, he continued to work in the dirt, his garden, and share the produce with others. Florian’s retirement hobby was woodworking and gifting his treasures to family. Florian and Gladys had deep and trusting faith, and their love for the church brought them through many trials in their lifetime. Florian had an eternal love for Czech music and would either be dancing, whistling, or tapping his fingers to the melody. Florian and Gladys’s travels didn’t take them far, but they always made time to see their children and all their grandkids special events. He loved playing pinochle and also enjoyed camping with family and friends. There was always a welcoming smile and a shot of red-eye. Florian was an active member of Queen of Peace Catholic Church, Catholic Workman (now called First Catholic Slovak Ladies Association), Charter member of K of C order 1515 and an Elks member. Florian will be remembered as a humble and kind man, loved forever and missed by those who were blessed to know him.