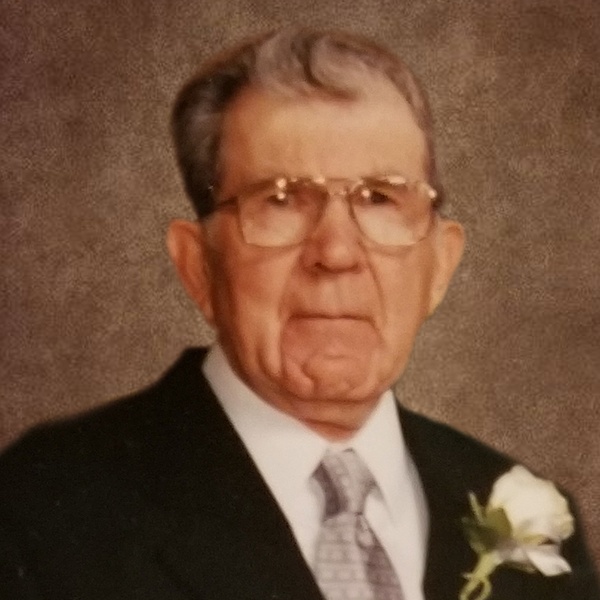 Funeral Mass for Floyd F. Hushka, 91, of Dickinson will be 10:00 a.m., Wednesday, January 29, 2020 at Queen of Peace Catholic Church with Father Bill Ruelle celebrating. Burial will be in the Dickinson Mausoleum. Military Honors will be performed by the Dickinson American Legion Post #3 Honor Guard.


Floyd passed away on Friday, January 24, 2020 at St. Benedicts Health Center in Dickinson.


Floyd was born on July 27, 1928 the son of John and Pauline (Berger) Hushka in Dunn County. He grew up and attended schools in Dunn County. Floyd was drafted into the US Army and served during the Korean War. He was honorably discharged in 1951 and served in the Army Reserves until 1956. Upon returning to the Dickinson area Floyd worked at various jobs. He started working for the Letvin Farm Equipment and worked his way to service manager which he held for many years. He also worked for Pump Systems and was with them for a number of years. Floyd was married to Adaline Kuntz on May 31, 1954 in Dickinson. To this union seven children were born, Roxie, Niles, Gregg, Keith, Laurie, Doug and Tanya.  In 1995, Floyd semi-retired and still kept working at various jobs.


He was a member of the Knights of Columbus Council 1515, Queen of Peace Catholic Church and volunteered time at the Dickinson Museum. He enjoyed painting, a self-claimed artist, enjoyed playing the accordion and listening to polka music. He especially loved and enjoyed his family.


He was preceded in death by three brothers, an infant named John and a second brother, John and Andrew and his wife Jo; five sisters, Mary Ficek and her husband, Pete, Isabelle Wock and husband, Nick, Phyllis Markel and her husband, Gordon, Elaine Dobitz and her husband, Herb and Alice Hushka; a brother-in-law Terry Norton.


In lieu of flowers please consider a memorial to the Alzheimer’s Association at www.alz.org for research or St. Jude’s Children’s Research Hospital at www.stjude.org.
To order memorial trees or send flowers to the family in memory of Floyd Hushka, please visit our flower store.