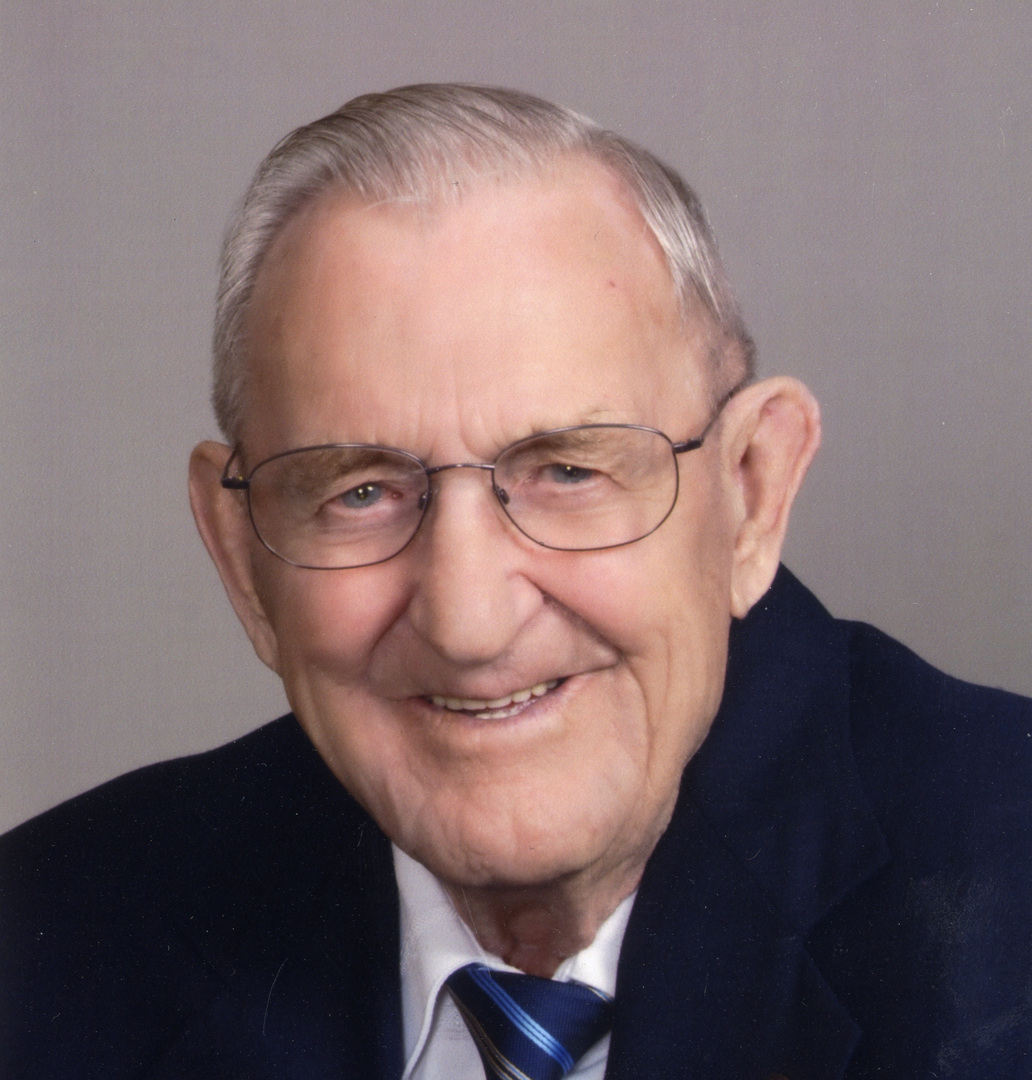 George Ralph Kessel was born July 23, 1927 in Dickinson, the son of Joseph and Otillia (Herauf) Kessel.  Growing up he attended St. Joseph’s grade school and graduated from Dickinson High School in 1945.  He worked for the railroad for a couple of years before enlisting with the US Army. George served for two years and was honorably discharged as Corporal in 1952.  He returned to Dickinson where he began to work for Dickinson Creamery Company and later Cloverdale.  George married Irene Sykora on October 5, 1959 in Dickinson.  Their marriage was blessed with three daughters, Danita, Janet, and Renae.  George later worked as a custodian for Dickinson High School.  He enjoyed a good joke and was a bit of a prankster.  He will be remembered for his infectious smile and his gentle demeanor.  George enjoyed his sing-a-long group and singing for residents at nursing homes.  He loved watching trains and football. In his early years he played football and also umpired.  George was a member of German Hungarian Club, Eagles Club, Knights of Columbus, St. Pius, and the Veterans Group – American Legion Am Vets.