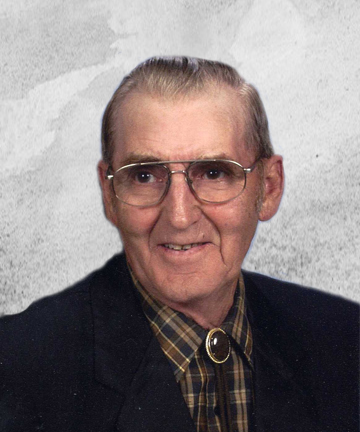 Visitation for George will be 5:00 – 6:00 p.m. Thursday, June 2 at Stevenson Funeral Home in Dickinson with a rosary and vigil service being held at 6:00 pm.  Visitation will continue at St. Bernard’s Catholic Church in Belfield one hour prior to the service.

George passed into eternal life May 28, 2022 with his loving family by his side.

George C. was born on the family farm 12 ½ miles southwest of South Heart, to John C. and Pauline (Miller) Schmidt on December 18, 1935.  He was the 7th in the family of 12.  George grew up and received his elementary education near that location attending rural schools and St. Joseph’s Catholic School in Dickinson.  He farmed and ranched with his dad and brothers until he was drafted into the U.S. Army in 1959.  His army career was short-lived, being honorably discharged in 1960 due to hardship circumstances.  George then served two years in the U.S. Army Corps Reserve out of Minneapolis, MN.  In 1970, he and his brother, Edward, purchased the family farm where they continued to increase their acreages and cattle business.

George married Regina (Gina) Wock, his life partner and best friend, on August 18, 1971.  They lived on the family farm raising their two adopted children, Lisa Ann and Douglas Patrick.  George was a quiet, honest, handy, self-educated mechanic.  He was well-liked and well-known for his mechanical skills, especially in restoring dozens of tractors.  However, his passion was in restoring his own collection of eight International tractors.  George was also a self-taught musician, playing accordion with his brothers, John and Frank.  He loved to dance the polka with his wife, Regina.  Past-times included watching Professional Bull Riding (PBR), old time westerns and game shows, reading (mechanical magazines) and playing slot machines, all which brought George great pleasure.  Deadwood was a favorite place for George and Gina – their mini vacation hideaway.

George was a great supporter of St. Bernard’s Catholic Church, where he was a KC member, KC 4th degree member and Grand Knight.  He served as an usher, extra-ordinary Eucharistic minister, vocation committee member and he participated in many fund raisers for vocations.  He was a charter member of the Eagles and Farmers Union.  George was a devoted husband, father and grandfather.   He treasured his beautiful immediate family which consisted of Regina, Lisa, Tristen, Douglas (Amy), Chase and Kajer. Many happy memories were made and shared on the family farm which over-looked their “Little Badlands”.  Nothing gave George more happiness than to “teach what he knew” sharing his skills of farming, ranching and over-hauling.  His knowledge was self-taught and boundless.  Imagine what he could have accomplished if high school and college had been an opportunity!

George may have “gone into eternal life”, but he will never he forgotten by those who followed him and loved him here on earth.
In lieu of flowers, the family suggests donations be given to the KC Council 6310, Belfield, ND for the Vocation Scholarship Fund in George’s name.