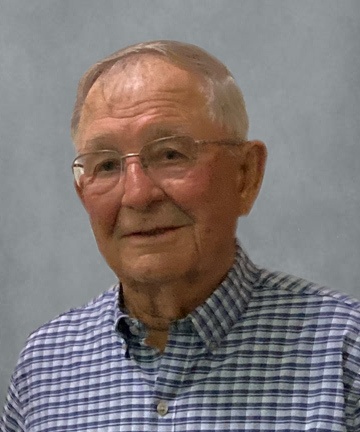 George passed away November 30, 2021 from complications of COVID and pneumonia, with his family by his side.

George was born June 4, 1931, the son of William and Mary (Adamski) Zarak. He grew up on the family farm in Zenith. He attended grade school in Zenith and graduated from South Heart High School. He entered the U.S. Army in 1953 and was honorably discharged in 1955. He returned to Zenith and the farming life he loved.

George married Arlene Thompson on June 15, 1957. They raised their four children on the family farm. After retirement, George and Arlene continued to live on the farm. George could always be found outside taking his daily walk. He loved checking out the countryside on his gator.

George loved bowling and was an active bowler for over 70 years. He bowled on multiple leagues and he enjoyed the company of all his bowling friends. A highlight for him was being inducted into the Dickinson Bowlers Hall of Fame.

George was the proud self-proclaimed Mayor of Zenith. He was very active in many organizations. He was a member of the Knights of Columbus and the 4th Degree, holding many officer positions including Grand Knight and District Deputy. He was a proud member of the American Legion Post 144 of Belfield.

George was a member of St. Bernard’s Catholic Church in Belfield. He was a very religious man. He prayed the Rosary daily and for over 60 years he and Arlene had a weekly adoration hour.

George enjoyed ice cold beer and time spent with family. His grandchildren and great-grandchildren always brought a smile to his face.

He is preceded in death by his parents and brother Bill.
To order memorial trees or send flowers to the family in memory of George Zarak, please visit our flower store.
George Zarak Memorial Cards.pdf
Open