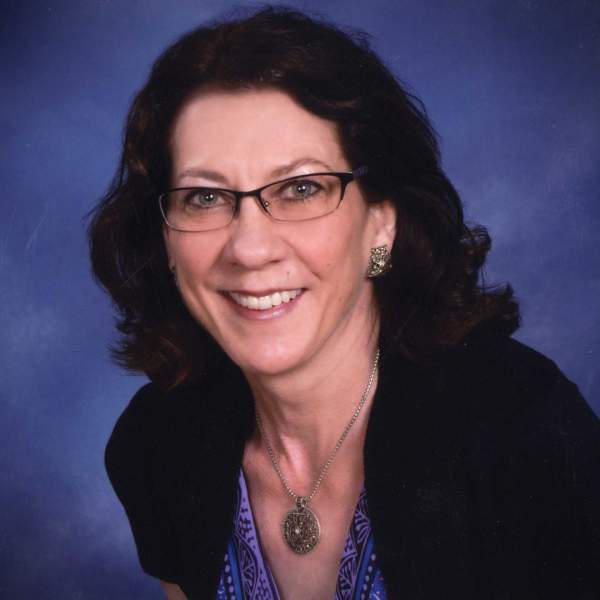 Geraldine “Geri” passed away at home, surrounded by her loving family, after a long and courageous battle with health issues.

Geraldine A. Volesky was born the middle child of seven to Andrew J. and Louise C. (Frederick) Volesky on February 18, 1963 at St. Joseph’s Hospital in Minot, ND. As an infant, she moved with her family to Fargo for a short time before moving to Dickinson where she was raised. Geri got her first paying job at the age of 10, having a babysitting service where she baby sat for many, many children through the years. At the age of 14, she worked her first fulltime job as a summer janitorial assistant cleaning A.L. Hagen Jr. High School. She remembers being one of the first to paint all the school lockers three different colors. Geri then worked for a year and a half as a nursing assistant (at the then known- Dickinson Nursing Center) in unit 2. For the next few years, she was a switchboard operator and clerical worker in the business office of St. Joseph’s Hospital. Geri attended and was educated at six different Dickinson Schools. She received a scholarship to Business Challenge in 1980 and graduated with honors in 1981 from Dickinson High School.

Geri married the love of her life, Dean Kubas, on August 7, 1981 at St Wenceslaus Catholic Church in Dickinson. They built a home outside of city limits and began growing their family in 1983 with the blessing of three beautiful daughters. Before children, Geri worked as secretary-treasurer at Stark County Farm Bureau and Nodak Mutual Insurance. At times she could be seen at the GTA Feed Plant, Harvest States Company or selling Avon which she had done for many years.

Finally in 1997, Geri and Dean, with their girls, opened their own business, “Dean’s Repair Service”. Dean worked on farm equipment and sold tractors where Geri was the bookkeeper until the time of her death. Besides her children and grandchildren, Geri enjoyed singing, dancing, camping, glamping, fishing, hiking and wild life watching of all kinds. She enjoyed her Ford Mustang dream car and their 1500 Honda Goldwing Trike. Traveling and rolling through the hills was a thrill for her. She always loved the outdoors, traveling and going to concerts. Geri was an avid collector of Princess Diana memorabilia. Truly her greatest joy of all came from raising her three girls and her precious two grandsons.

She was preceded in death by her father, Andrew J. Volesky; her grandparents; and her father and mother-in-law, David and Patricia Kubas.
To order memorial trees or send flowers to the family in memory of Geraldine Kubas, please visit our flower store.