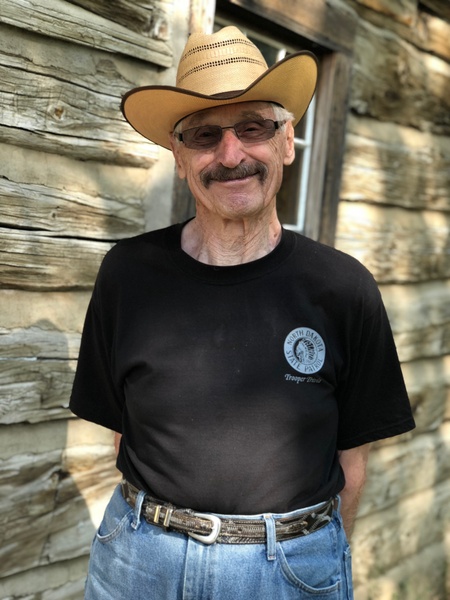 Visitation for Gilbert will be from 2:00 p.m. to 6:00 p.m. Thursday, October 21 at Stevenson Funeral Home, Dickinson, with a Rosary and Vigil Service taking place at 6:00 p.m.

Gilbert passed away on Saturday, September 25, 2021 at Essentia Health in Fargo, ND.

Gilbert was 88 years old, and lived all of his life in the Dickinson area until he passed away from the effects of Covid-19. He was born on a farm near South Heart on June 11, 1933. He was the oldest child of Theodore and Rosalie (Steffan) Ridl, farmers in the area. Gilbert was proud of his Steffan and Ridl heritage. He carried stories from his parents’ generation and told them readily to younger members of the family, to keep his parents’ and grandparents’ history alive.

He graduated from Dickinson State Teachers College with a Bachelor of Arts degree in 1956 and went on to teach for a number of years at local schools. During this time he also helped his parents on the family farm, which grew wheat primarily. In the 1960s he gave up teaching to farm full-time after the early passing of his father.

During the oil boom of the 1970s Gilbert began to educate himself about the oil industry; and later expanded his research to learn about drilling rights, and then stock brokerage; and developed a career for himself as a self-employed stock trader and analyst. He was also instrumental in getting mineral rights that had been in the family for years divided up correctly, so that all members of the large extended family could benefit.

Gilbert was a member of St Patrick’s Catholic Church and the Knights of Columbus. He was dedicated to taking care of his mother, Rosalie Ridl, who lived to age 101, and to his sister, Rosie Strom, who passed away in 2005. His father, Ted Ridl, passed away in 1968.

Gilbert was most active socially in his later years with his friends at regular pinochle games, with his friends in the business community, and the fellow Knights of Columbus. He also maintained close relationships with his brother-in-law Jerry Strom, his nephew Roger Strom (and wife Helen), niece Nancy Strom Miller (and husband Gavin), and his five grandnephews and grandnieces. He was a lifelong bachelor who had a special long-time relationship with Josephine Haverlock, who passed away in 2010.

Gilbert was known to be good natured, intelligent and steadfastly independent. He was a living bridge between the late 19th century and early 20th century settlers of Czech and Bohemian descent in Western North Dakota.
To order memorial trees or send flowers to the family in memory of Gilbert Ridl, please visit our flower store.
Gilbert Ridl Memorial Cards.pdf
Open