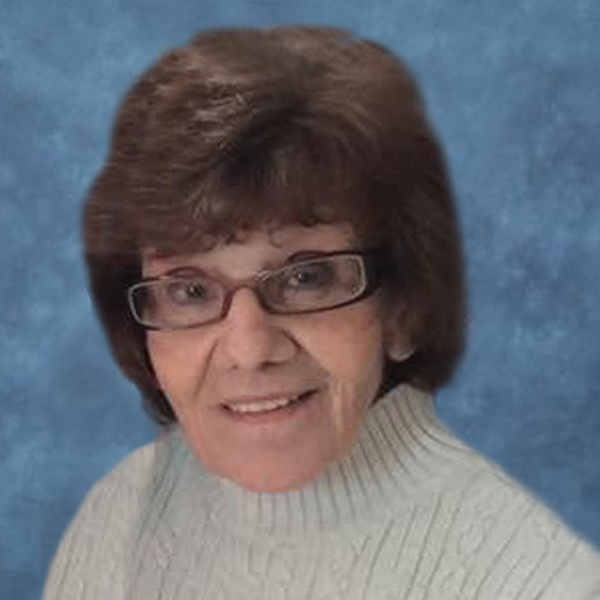 
Gladys Elizabeth was born on June 30th, 1937 to Eva and Louie Dvorak on a farm outside of Manning, ND. She lived on farms around Killdeer and attended country schools. During the 2nd and 3rd grades she lived with her grandparents in Dickinson and attended Roosevelt Elementary while mom and dad were “out west” finding work during the Great Depression. It was difficult for her but she loved her dedecek and babichka very much. When she was 12, the family moved to Dickinson where she worked night shifts and weekends at St. Joseph’s Hospital as a nurse’s aide. She also worked in a little family-run store attached to their home. It was here that Gladys got to know a handsome young man named Jerry. For the next 55 years, they would care deeply for each other.


After high school, Jerry joined the Navy. He and Gladys were married and lived in Bainbridge, Maryland where their daughter Patti was born. When they moved back to Dickinson, Gladys and her family were very happy to be reunited! While Jerry attended college, Gladys worked at the Dunn County Courthouse in Manning. After college, Jerry took a teaching position in Killdeer and their daughter Rhonda was born. Besides one year in Bismarck, where Jerry taught school, they lived in Killdeer where Gladys worked at the Bank of Killdeer and Killdeer High School. After their marriage ended, Gladys and Jerry remained close friends.


Gladys moved to Dickinson, where she worked for the Chamber of Commerce and then became the owner of the DOT Motor Vehicle Branch Office. She married Phil Edsall in 1983 and enjoyed many years with him as a part of her family. They spent endless hours with her mom and dad, Jerry, children and grandchildren talking, laughing, eating, playing cards, watching sports, and occasionally a casino!


Gladys was very proud of her daughters, Patti and Rhonda. She was a good friend to them as well as a fiercely devoted mother. She had a close relationship with Rhonda’s husband, Don, and became good friends with Patti’s husband, Jeff. She loved, cared for and spoiled her grandchildren Nikki, Colton, Lauren and Brock. Hers was their second home (only better!) and they loved being there. Bella, her great-granddaughter, was the light of her life and they spent precious time together. She regretted greatly her four other great-grandchildren living so far away, but she loved to Facetime with Leanne, Ori, Ben and Daniel! Her children and grandchildren were the center of her world until the day she died.


She talked about her nieces and nephews being very important to her, especially Dean, her first. They loved and respected her and rarely missed a Christmas Eve at Gladys’ house. Her home was often called “Grand Central Station” because of family and friends coming in and out of the three doors!


She was such an intelligent and perceptive person. Her advice was wise whether solicited or not! Her family could always count on getting answers to their questions and then some!


Gladys was a generous, attentive, caring, fun-loving and formidable character to those who loved her. She will be greatly missed.


She is preceded in death by her parents and husbands, Jerry and Phil.