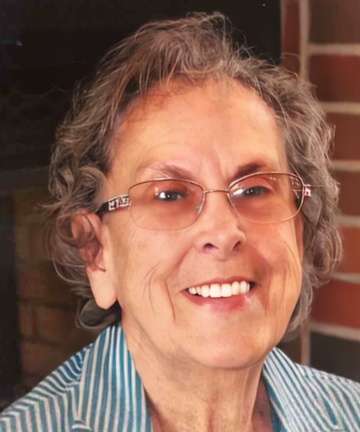 An online service for Gussie Alexander, will be available to watch on Wednesday, July 7, 2021.

Gussie was born, the youngest of nine children, on December 28, 1928 to Dave and Mae Wilson near Hazelgreen. Missouri. Her siblings wanted to name her Gussie after a beloved school teacher. Gussie attended country school skipping 2nd and 5th grades. At age 11 she started 8th grade in Richland, Missouri. The family moved when she was in 10th grade, and so she finished high school and graduated in Stoutland, Missouri. She was crowned homecoming queen at both Richland and Stoutland High Schools. Her plan to attend college and become an English teacher was changed when two weeks before graduation, her brother and dearest friend, Kenneth, was killed in WWII. She decided to stay with her parents and began working at the Lebanon Record newspaper office. She later moved to St. Louis and worked as an accountant at Emerson Electric. While in St. Louis, she gained notoriety as a St. Louis Cardinal fan when the St. Louis Post printed numerous pictures of her cheering the team on.

Gussie and Robert S. Alexander were united in marriage on May 24, 1953. They shared their faith, excitement for travel, and a love for baseball. Bob’s job as an electrician for Shell Pipeline took them to Oklahoma, Texas, and finally Baker, Montana, where they raised their four kids, Jamie, Joel, Rena and Kyle.

Gussie accepted Jesus Christ as her Savior when she was 12 years old and loved being in church every time the doors were open. Bob and Gussie were charter members of Lakeview Baptist Church in Baker, Montana and were very dedicated in many different capacities there. Upon retirement, they moved to Spearfish, SD and helped build Northern Hills Baptist Church. In later years they were faithful in supporting Connection Southern Baptist Churches, both in Spearfish and Belle Fourche, South Dakota.

Gussie had a professional aptitude for sewing, baking, and canning, and her picnic lunches were the ultimate feast. Bob and Gussie’s homemade ice cream (and don't forget the ‘Niila Wafers) was out of this world, just ask any one of their thirteen grandchildren. Gussie was a no-nonsense grandma, but her quick wit and dry sense of humor kept her grandchildren in stitches.

She faithfully supported her children in all of their endeavors, and it was important to her that they become adept musicians. The crowning achievement of that support is an album they recorded together for her 90th birthday.

She was preceded in death by her parents, siblings (Letha, Lena, Ruth, Everett, Opal, Mae, Vera and Kenneth), her husband Bob, and her son Kyle.

A private family service will be held at the Black Hills National Cemetery.

The family suggests memorials be made to International Missions Connection Church: P.O. Box 488 Belle Fourche, SD 57717 or Gideon Bibles.
To order memorial trees or send flowers to the family in memory of Gussie Alexander, please visit our flower store.