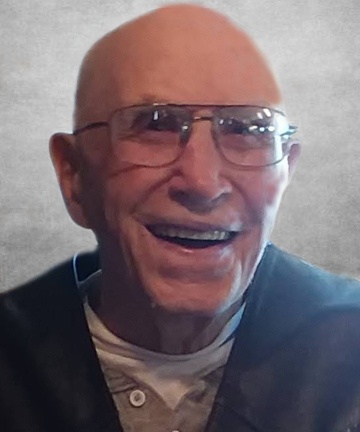 Funeral services for Henry Wetzel, 93, New Salem, will be held at 11 a.m. CST Saturday, May 15, 2021 at Bethel Assembly of God Church, Glen Ullin, with the Pastor Gaylen Lennick officiating. Visitation will be held one hour prior to the funeral service at the church. Burial will follow at the Glen Ullin Cemetery.

Henry passed from this life into eternity with his Savior on May 8, 2021, at Elm Crest Manor, New Salem.

Henry “Hank” Fritz Wetzel was born September 14, 1927, on the family farmstead near New Salem, the son of Carl and Ernestina (Swaboda) Wetzel. He attended a one room country school through the 8th grade. On Nov. 1, 1957, Hank and Dorothy Joersz were united in marriage and raised their five children on the family farm. It was here he spent his days working in the field and milking cows, starting before the sun came up and finishing long after it had gone down.

Hank enjoyed rodeoing in his younger years and was a life-long hunter and fisherman. He loved the Lord and his family, cherishing the time he was blessed to spend with them.