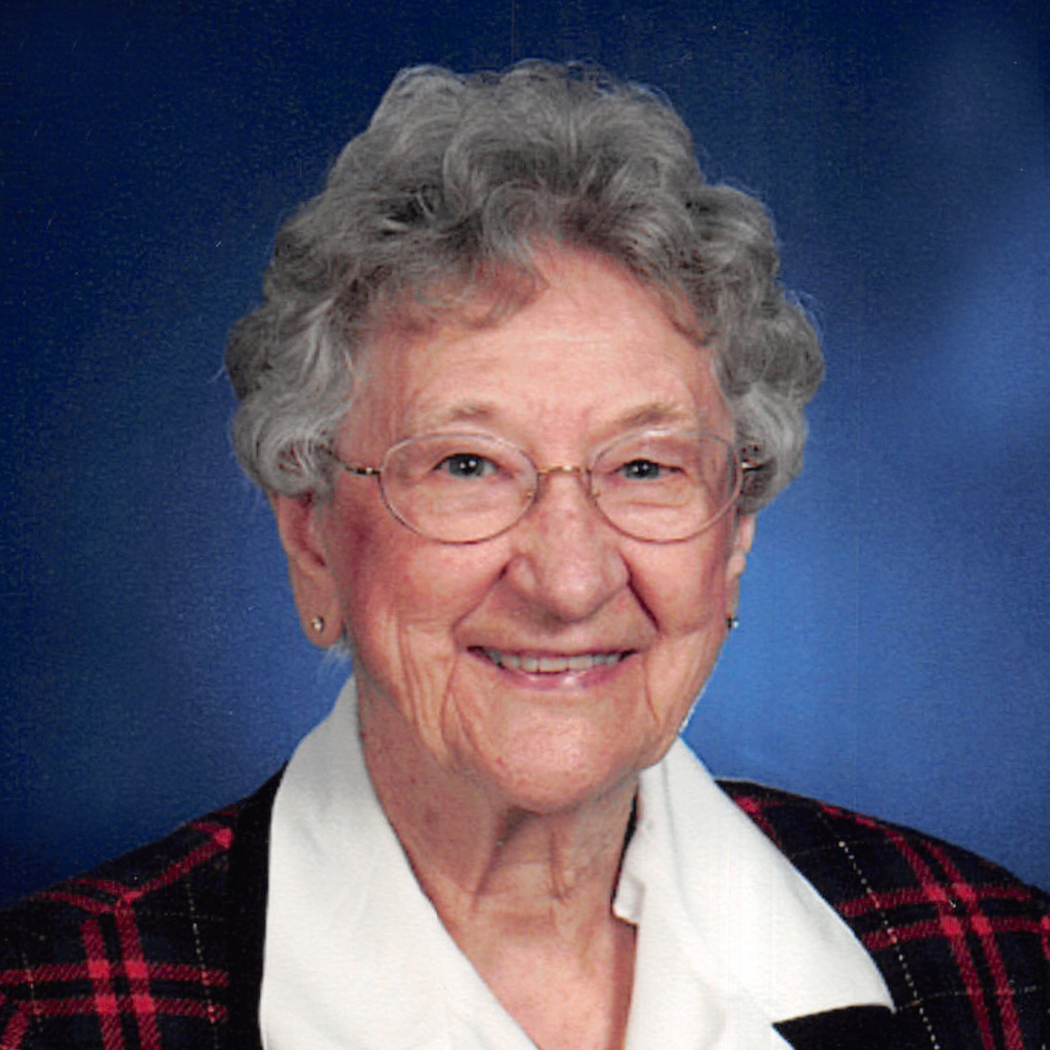 Iona passed away Friday, February 15, 2019 at St. Luke’s Home in Dickinson.
Iona Sylvia Holt Ross was born March 19, 1916 in Fosston, MN to parents Carl Ingvold and Sophie Oien Holt. The family moved to Dunn Center, ND when Iona was two months old. She graduated from Dunn Center High School in 1934. While in high school, she excelled in basketball and track. After high school she attended college at Dickinson Normal School and then taught 6 years at rural schools. After teaching she went into banking for a 43 year career. Iona worked 12 years at Union Bank in Dunn Center and 31 years at First International Bank in
Dickinson. She married Walter Ross in May 1976 and he passed away in November of the same year.
Iona enjoyed the outdoors tremendously. She would camp in Medora in her early years and then spent many years at her camper at Lake Ilo, which was her home away from home. She enjoyed entertaining her many friends in the summer at the lake. Iona was a member of St. John Lutheran Church and an active member of the church choir for many years. She was also a member of St. Joseph’s Hospital Auxiliary and the Business and Professional Women.

She is preceded in death by her husband Walter Ross; parents Carl and Sophie Holt; siblings, Alice Stranik, Gordon Holt, Vivian Hewish, Marvin Holt and all of their spouses.

The family suggests memorials in Iona’s memory to be sent to St. John Lutheran Church, Dickinson.