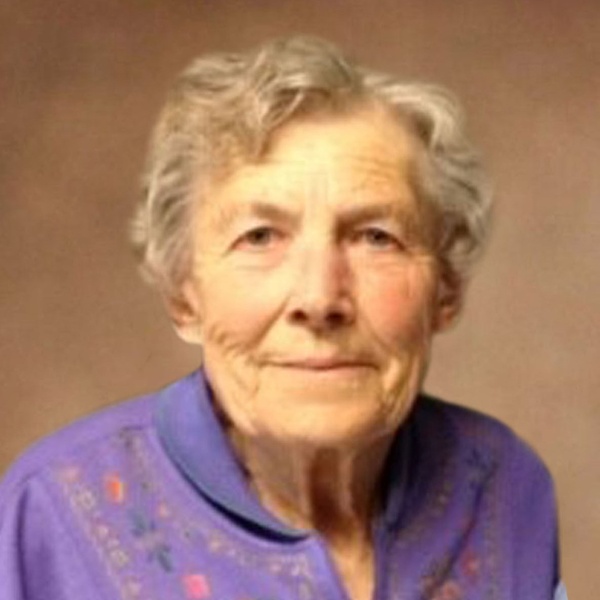 Funeral Mass for Irene Ell, 85, of Killdeer, will be 11:00 a.m., Saturday, February 1, 2020, at St. Joseph’s Catholic Church in Killdeer with Father Joseph Evinger celebrating.  Burial will follow in Killdeer Cemetery.


Irene was born on May 13, 1934, the daughter to Steve E. and Mary (Fendrick) Tuhy.  She attended country school while growing up in the Killdeer area.  Irene also attended Josef School of Beauty in Bismarck and became an employee at Caroline’s Beauty Salon in Dickinson. Irene met Adam Ell and the couple was married on November 13, 1956 in Killdeer. Together they farmed and ranched southwest of Killdeer where they raised their four sons, David, Derald, Donald and Dale. She later worked for Hill Top Home of Comfort and cleaned the church in Killdeer. She was a member of St. Joseph’s Catholic Church.  Irene enjoyed gardening and baking, which she will be remembered for her poppy seed rolls and caramel rolls.


She was preceded in death by her parents, Steve and Mary Tuhy; husband, Adam (2012); sister, Mary Ann Pachl; brothers-in-law, Fred Boeshans and Arnold Pachl; and niece, Jen Kuntz.
To order memorial trees or send flowers to the family in memory of Irene Ell, please visit our flower store.