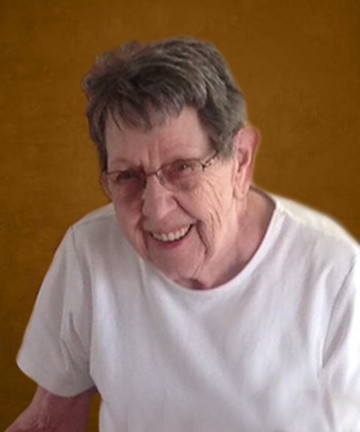 Irene Streitz was born on July 25, 1938 and raised in Sentinel Butte, ND. The daughter of Evangeline (Latterell) and Joseph Streitz Sr. She graduated from High School in 1956. Shortly after, she met Walt Lange through a mutual friend while he was in North Dakota working in the oilfield. The two were married in September,1957 in Seattle, Washington. To this union two sons were born, Michael and Craig. Together they raised their family in Santa Maria, CA and moved back to Dickinson in 1991 upon Walt’s retirement.

Irene loved to sew clothes and quilts, as well as crochet blankets for her family. She was very handy at repairing and mending clothing, and was proud of her three specialized sewing machines. She enjoyed the weekly challenge of solving the newspaper crossword puzzles. She was an excellent cook and especially enjoyed cooking for family and friends.

She is preceded in death by her husband, Walt; her parents Evangeline and Joseph Streitz Sr.; brothers Joe Streitz Jr. and Paul Streitz.

To order memorial trees or send flowers to the family in memory of Irene Lange, please visit our flower store.