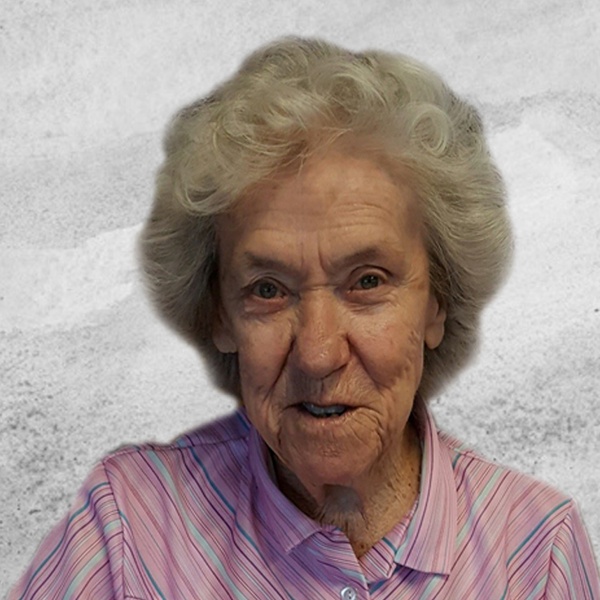 A Liturgy of the Word for Irene Morel Childers, 92, of Dickinson, formerly of Miles City, MT, will be at 11:00 a.m., Friday, April 30, 2021 at Stevenson Funeral Home, Dickinson with Deacon Robert Bohn officiating. Visitation will be one hour prior to the service. Inurnment will take place at a later date at Calvary Cemetery in Miles City, MT.

Irene passed away on Friday, April 23 at St. Luke's Home in Dickinson, ND.

Irene Morel was born March 1, 1929 at St. Joseph's Hospital in Dickinson, ND. She was one of 13 children born to Dominick and Kathirina (Krug) Morel. She was raised on the family farm at Gladstone, ND, where she learned her hard work ethic that she had all her life. She drove truck, tractors, and other machinery on the farm. She grew a garden every year, had beautiful flowers every year, helped milk cows daily, did most of the house cleaning, and the milking barn so clean you could eat off of the floor. In addition to doing a lot of canning, she loved to cook and bake pies, cookies, rolls and bread, and was extremely good at it. There was no better way to bake and cook than the old fashioned way. She loved animals and had dogs and fed birds, squirrels, etc. all of her life until she no longer had a yard of her own to enjoy.

Irene belonged to the Musician's Union and played in a 3 piece band for years. She played the guitar and sang and yodeled all her life at numerous country dances in Wibaux, Forsyth, Plevna, Ekalaka, Miles City at the new "Beer Jug", and the Airport Inn.

Irene had one daughter, Debra Kay, whom she dearly loved. Debbie was tragically killed by a drunk driver on August 13, 1972, just before her senior year in high school.

Irene was preceded in death by her parents, all of her 3 brothers and 9 sisters, her husband, and her only child. She is survived by her sister in law Regina (Frank) Morel of Gladstone and numerous nieces and nephews.
To order memorial trees or send flowers to the family in memory of Irene Morel Childers, please visit our flower store.