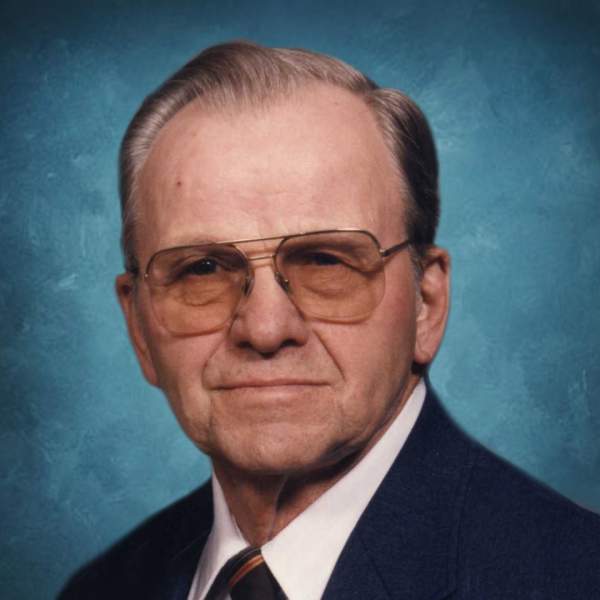 
Jacob was born August 24, 1918 in the Gladstone area, son of George and Anna (Arnold) Focht.  Growing up, he attended school in Gladstone and became a farmer/rancher at a young age.  He was a member of the Civilian Conservation Corps (CCC).  In February 1942, Jacob went to serve his country with the US Army Air Force during World War II, serving in North Africa and Italy.  He was honorably discharged in February 1945.  Jacob returned home to farm and ranch the rest of his life in the Gladstone, Alexander, and Regent areas, then retired in Dickinson.  On August 24, 1949, Jacob married the love of his life, Eva Marie Mrachek in Alexander.  Their marriage was blessed with three children, David, Marilyn and Sharon.  They shared 49 years of life together.  Jacob loved visiting with anyone and everyone, extending friendship far and wide. He had a special way of touching lives.  He enjoyed playing drums with the Dakota Pioneers, watching westerns, cooking, gardening and collecting agate stones. Jacob loved dancing and old time music. He had a passion for volunteering; visiting the hospital and playing and singing with his band at nursing homes.  Jacob was the president of the Singles Club at St. Anthony’s and a member of the VFW.  He loved his country and was proud of his military service.  Time spent with his children, grandchildren and great-grandchildren was a great joy for Jacob.  He will be missed dearly.


Jacob is survived by his son, David (Verna) Focht of Dickinson; daughters, Marilyn (Kurt) Hondl of Dickinson, Sharon (Tod) Winter of Dickinson; nine grandchildren and nine great-grandchildren; sister, Hilda of OR; brothers, Victor and Walter of OR and Frank of OH.