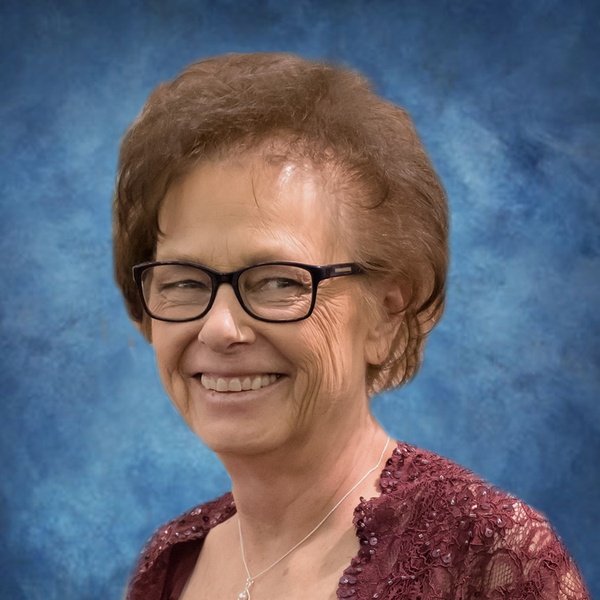 Janel Kaye Newby was born May 15, 1956 in Dickinson, the daughter of Cliff and Catherine (Wilhelm) Newby. She grew up and attended school in Regent; graduating from Regent High School with the class of 1974. Janel went on to attend Dickinson State University where she received her associate’s degree in nursing. It was during this time that she met Steven Finch while he was working on the pipeline. The couple was married on October 27, 1984 at St. John’s Lutheran Church in Dickinson. To this union two children were born; Mathew and Christine. Janel worked for a nursing home for a short while before beginning her career with St. Joseph’s Hospital. In 2018, Janel retired from CHI St. Alexius Health in Dickinson where she worked for 40 years.

Janel and Steve bought a lake place in 1989 where they loved to go on the weekends. At the lake they were surrounded by good friends, good fishing, and water skiing, which were Janel’s favorite ways to relax. Janel enjoyed playing bingo, pinochle and gambling. Janel had a love for cooking and could serve up some really great meals! Janel had a huge heart for dogs and always had one around as a companion.   Janel was close to retirement and had planned on spending her time at the lake cabin and with her grandkids.

Janel was preceded in death by her parents, Cliff and Catherine; husband, Steven; and father-in-law and mother-in-law, Orval and Pauline Finch.