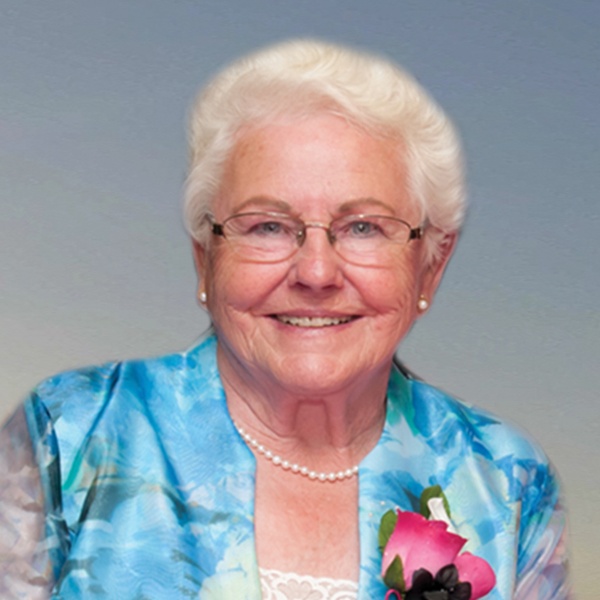 Funeral Mass for Janice Mae Markuson, 82, of Ekalaka will be Friday, July 9, 2021 at 11:00am Fr. Thomas Tobin will celebrate the mass with Rick Miske assisting at Stevenson Funeral Home Ekalaka.

She was born April 16, 1939 to Gus and Lima (Griffin) Malmquist, the youngest of seven siblings. They lived on a small farm/ranch on H7 creek about 20 miles NW of Ekalaka. Growing up there was no electricity or running water in the house and no telephone, so they relied on the radio for entertainment and if they hurried home from school they could sometimes catch the Lone Ranger if Gus wasn’t listening to the news!

Janice attended school at the O’Fallon Creek School through eighth grade. She often recalled the fun they had sledding off the hill behind the school and was grateful that she had good teachers. She particularly remembered missing a lot of school the winter of 1949, where fences snowed under and haystacks were half buried! She went to high school at CCHS in Ekalaka where they boarded out with town residents, as a lot of the country kids did then. She graduated in 1957.

Janice always loved being outside and especially riding horseback. In her teen years, she yearned for a flashy sorrel instead of her spoiled half Shetland! As it turned out, a neighbor kid had just such a horse and would ride by and visit. It’s unclear who fell for who first, but they quickly became quite a pair, and she married Milton T. Markuson on August 10, 1957. They then moved to the Markuson Ranch, where she lived the rest of her life. Milton and Janice had four children: Steven Lee, Karen Ann, Tyler Lynn, and Carla Rae.

She often reminisced about the old days of haying, and how the modern equipment was sure an upgrade from the 1940s Little A tractor, though still seemed to be lots of work! Janice always enjoyed being able to be outside helping with whatever ranch work she could, and thoroughly enjoyed doing it from the top of a horse. She had a keen eye for pointing out buttercups and blue bells from that angle. In her later years, she was very stubborn about giving up the reins when her kids were certain she was too old to be riding. She was always certain she was much younger than her actual age!

Janice had a love for flowers and gardening and was an excellent cook. She was also very active in the community. She was on the school board for 17 years, helped run the Meadowlark Club for several years, and was also on the Carter County Republican Committee. She studied to be an EMT and volunteered with the Ekalaka EMTs for several years.

Janice followed her children’s activities and later the grandchildren’s, always caring and supporting through tears and laughter. She had a way of making kids feel special, especially her four grand-daughters and later her great-grandchildren. Her granddaughters used to argue about who was Grandma’s favorite, because they were each certain it was them! She was kind and gentle, incredibly strong and the epitome of grace under fire. That strength and resiliency built a legacy that will live on for years in her children, grand-children, and great-grandchildren.