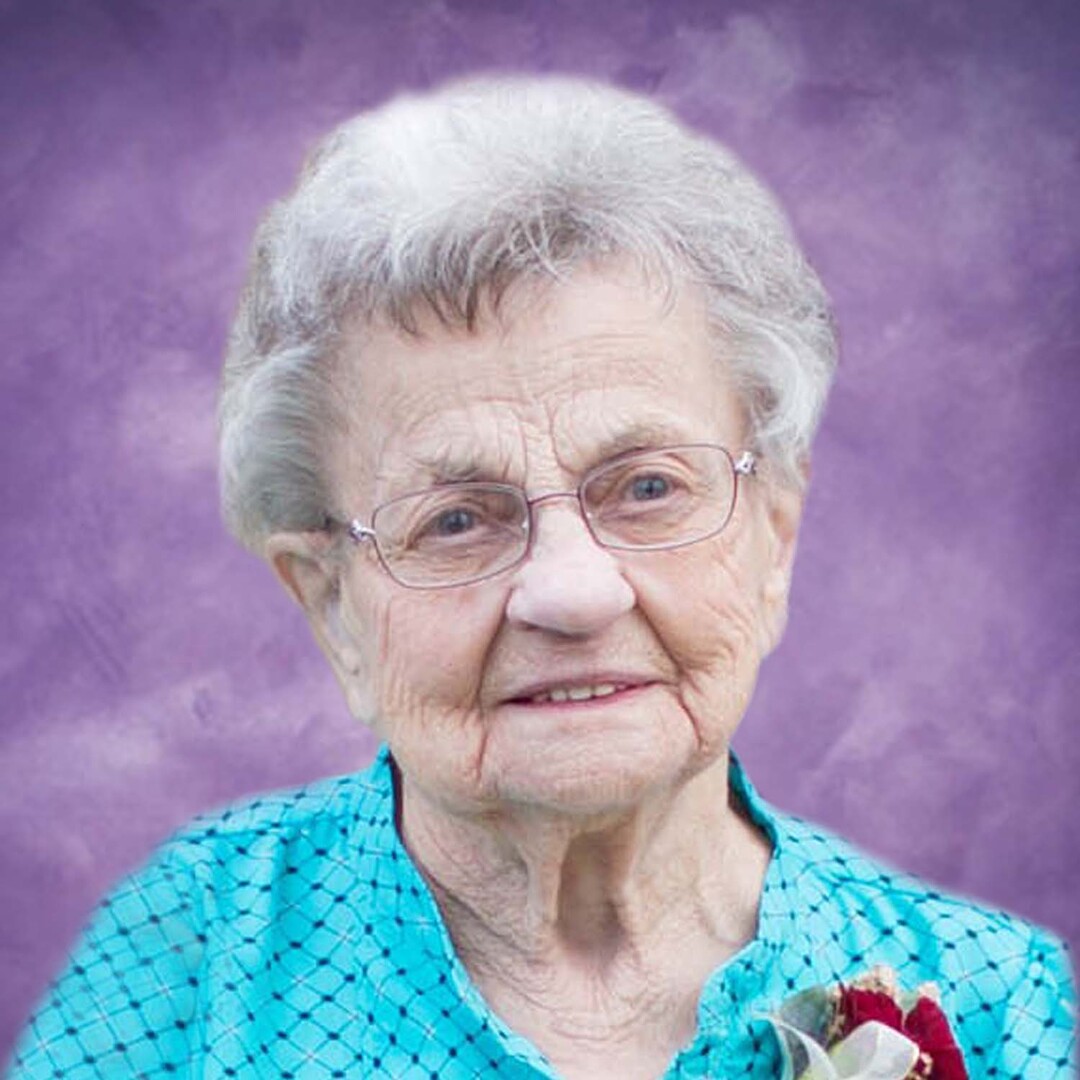 Funeral Mass for Eugenia “Jean” Herauf, 97, of Dickinson, will be held at 9:30 a.m., Thursday, August 16, 2018 at the Queen of Peace Catholic Church with Msgr. Tom Richter celebrating. Burial will follow in St. Joseph’s Cemetery, Dickinson.


Eugenia was born May 28, 1921 in Stark County, the daughter of Vincent and Rosa (Sticka) Jahner. Jean attended grade school at St. Mary’s in New England and went on to attend St. Pius High School in Schefield; graduating with the class of 1939. After graduation, Jean moved to Rochester, MN where she was a housekeeper at St. Mary’s Hospital from 1939 to 1942. On November 10, 1942, Jean and Edward J. Herauf were united in marriage at St. Pius Catholic Church. The couple was blessed with six children: Roger, Leroy, Norman, Donald, Jeanette and Sue. Together, they raised their children on their farm 17 miles southwest of Dickinson. Jean was a dedicated farmwife. She was a hard working woman and was often found milking cows, shocking at harvest time or tending to the farm animals along with making sure her six children were taken care of.  In 1974, the couple retired to Dickinson.


Jean’s faith in God was of the utmost importance to her. She had a servant heart and was always using her gifts to help others in need.  She was a dedicated member of Queen of Peace Catholic Church where she served as a Eucharistic Minister, Lector, Sacristan and Rosary leader.  She was member of the Catholic Daughters and Christian Mothers.


Jean’s greatest love was for her family.  She found much joy in time spent with her children, grandchildren and great-grandchildren. A hostess at heart, she would often be found in her kitchen preparing her specialties of pigs in the blanket, cheese buttons, German potato salad, coleslaw, strudel and chicken soup for anyone that may stop by.


Jean was an active woman and kept busy bowling, playing cards, attending dances where she could square dance, water exercising, and volunteering at RSVP.  She had a love of travel and looked forward to taking mystery trips.  Jean was a social, fun loving person and was willing to go anywhere with anyone at any time.  She enjoyed spending time with her friends in her Sewing Club, Red Hat Society, and Coffee Group.


In lieu of flowers the family suggests memorials be made in Jean’s memory to Queen of Peace Catholic Church or St. Benedict’s Health Center.

Jean passed away Saturday, August 11, 2018 at St. Benedict’s Health Center in Dickinson.
To order memorial trees or send flowers to the family in memory of Jean Herauf, please visit our flower store.
Send a Sympathy Card