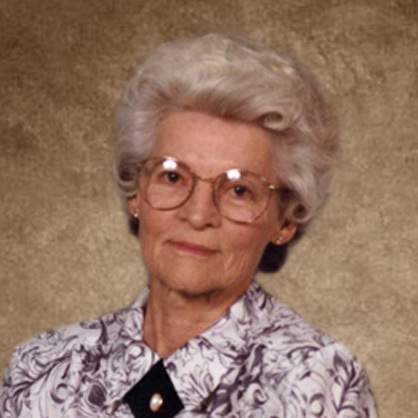 Joan Arlene Beach, 84, went to dance with her husband in heaven on Monday, April 13, 2020. She passed away at Fallon Medical Complex LTC, with her children by her side.

Due to COVID-19, a private service will be held for her three children at 12:00pm on Thursday, April 16th with Pastor Scott Kiehn officiating, and burial to follow. All of Joan’s family and friends are welcome to watch the service live on the Joan Beach Memorial Facebook page.

Joan was born on August 5, 1935 in Wibaux, Montana; the fourth of Arthur and Myrtle Mae (Bryson) Hartse’s five daughters. She was raised on the homestead northwest of Carlyle, attending grade school in Carlyle, Sunday School at the Carlyle Lutheran Church and high school in Glendive. As a child, she looked forward to the annual Elevator Meeting with neighbors, Christmas programs and dances. Being there were only girls in the family, they each had boy nicknames, Joan’s being “Johnny”. They didn’t have special chores, they just worked together at whatever needed done, indoors and out.

In July, of 1951, she met Fay Beach at an annual summer dance at the Legion Hall in Baker. They were married on October 12, 1952 at the Zion Lutheran Church in Glendive. They lived in Carlyle and ran the Carlyle Grocery Store before renting the Ed Martin homestead in 1957. They later purchased it and raised their six children there. They farmed and ranched there for over 20 years. In 1977, they bought the Corner Bar, in Baker, and ran it for several years. After selling the bar, they followed the racing circuit with a few of their race horses. Joan later worked in the kitchen at Fallon Medical Complex.

Joan was a lifetime member of the American Legion Auxiliary Unit #35, serving many years as the Historian. She also volunteered as coordinator and Fay’s co-driver of the DAV van.

As she grew into her golden years, Joan retired, but always put in a full day of work. You could usually find her in the kitchen preparing a fine meal, or baking her signature biscuits or cookies. She would graciously offer anyone a warm meal, cup of coffee and a listening ear. She kept up with her large garden and always had a scrapbook, sewing or embroidery project that she would work on while she “rested”. She took pride in keeping up with her 12 granchildren’s and 29 great-grandchildren’s birthdays, and loved to celebrate their accomplishments.

Joan spent her life serving others with love and generosity. Her faith was evident through her grand example of patience and respect for others. She was a devoted wife for over 63 years and raised her children to live by the golden rule. She always composed herself with grace and just enough grit to get her through the challenges of life.

In lieu of flowers, memorials can be made to FMC Long Term Care or American Legion Auxiliary Unit 35.
To order memorial trees or send flowers to the family in memory of Joan Beach, please visit our flower store.