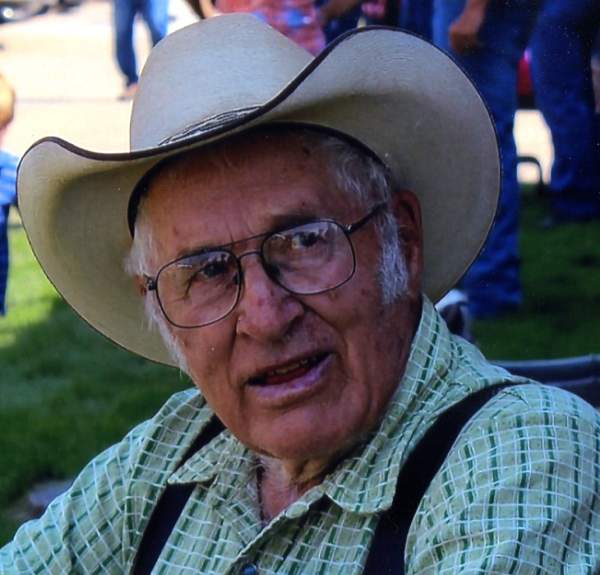 Funeral Services for Joseph Till, 91, of Ekalaka will be 11:00 a.m. Saturday, November 7, 2020 at Stevenson Funeral Home, Ekalaka. Burial will follow at Beaverlodge Cemetery.

Joseph passed away Friday, October 30, 2020 at Dahl Memorial in Ekalaka. 'Joe, with older sister Betty, and younger brothers Jerry and Tom, grew up on the family farm a few miles east of Dupree. Based on stories shared by family and friends, it was apparent from a very young age that Joe would have a deep love of being outdoors, learning about nature, working with animals, and trying anything new that looked like fun. If it involved family or friends, that was even better. He attended and graduated from Dupree High School, where he formed his lifelong love of sports, playing his favorites, football and basketball, and graduating in 1948. After graduation, he worked for the Arledge family on Cherry Creek. Ranching and being a steward of the land was something that completely suited how Joe wanted to live his life, saying "I love it! Frustrating as hell at times but never boring." The ranching was interrupted for several years when he was drafted into the Army, as well as brother Jerry Joe received a Dependency Discharge when his father became ill and one of the boys was needed to run the farm. While helping his parents, he also worked for the neighboring Woodward family. It was during this time that he began dating a local girl, Alva Griffith, and they were married August 20, 1955. Their first child, Cheryl, was born in 1956, and shortly after, they moved back to the Cherry Creek area to work on a ranch. Several months later, his former employers, Joe and Geraldine Arledge, sought him out to manage their Cherry Creek ranch. This started a life-long friendship and working relationship between the two families. Two additional children were born during this time; Kaye in 1958, and Justin in 1959. In the fall of 1962, the young family moved to the Spring Creek Ranch at Mill Iron, MT, where they would set their roots and raise their family. When Joe Arledge passed away, Geraldine asked that Joe stay on as her foreman and oversee three of the ranches. Living on and managing the MT ranch, he also spent a good deal of time on the SD and WY ranches making sure they also ran smoothly. Over the years, Dad filled his time with many activities that he enjoyed. He worked as a field man for Belle Fourche Livestock, earning the respect and friendship of many. He also served several years on both the school board and the Track & Arena board. He coached the Mill Iron Jets basketball team, and followed all local sports teams. He and Grandma traveled many miles to cheer on the teams, whether they had kids on the team or not. He spoke fondly of the Mill Iron softball games. He thoroughly enjoyed spending time with family and friends. One thing Dad would never say no to the chance to go fishing, didn't matter when or where, and was privy to many secret fishing Joles. In order to be invited along, there were 3 rules every child, grandchild and great-grandchild learned quick: "Keep the tip up.", "Be quiet and don't splash in the creek!", and "Absolutely NOTHING you catch gets thrown back." Grandpa had a make-do attitude that led to many "prototype" inventions that either solved the problem or created laughter, maybe a black fingernail. We often heard "Well, it's good enough for this far out in the country!" Over the years, we learned many treasured lessons from Grandpa: work ethic, appreciation of the land and nature, helping your neighbors, the importance of family and loving what you do. Other lessons included the beauty in tranquility, the importance of power naps, appreciation of a good fat worm, and damn near every nail can be straightened. His wit was second to none, and he always enjoyed a good joke or story. Spending time with family and friends was a great joy for him and the more of them he could gather in one place, the better.

Joe is survived by his wife and partner of 65 years, Alva; children Cheryl Strub, Kaye (Mark) Sexton, and Justin (Rexene) Till; grandchildren Dek (Liz) Ginsbach, Desi (Bill) Rost, Tandy (Brent) Reilley, TJ Strub, and Trinity Till; great-granchildren Daniel and Ashley Rost, Hunter & Evelyn Ginsbach, Weston, Vera, Violet, and Woodrow Strub, Revyn, Attee Mae, and Tobyn Reilley; sister-in-law Virginia Till; numerous nieces and nephews. We would also like to consider as honoraries, all of Dad's friends who shared his life. To him all friends and neighbors are family.

He was preceded in death by his parents, George and Elizabeth Till, son-in-law Bob Strub, granddaughter Taren Strub, his sister and brother-in-law Betty and Chet Mraz; brother Jerry, brother and sister-in-law Tom and Peggy Till.
To order memorial trees or send flowers to the family in memory of Joe Till, please visit our flower store.