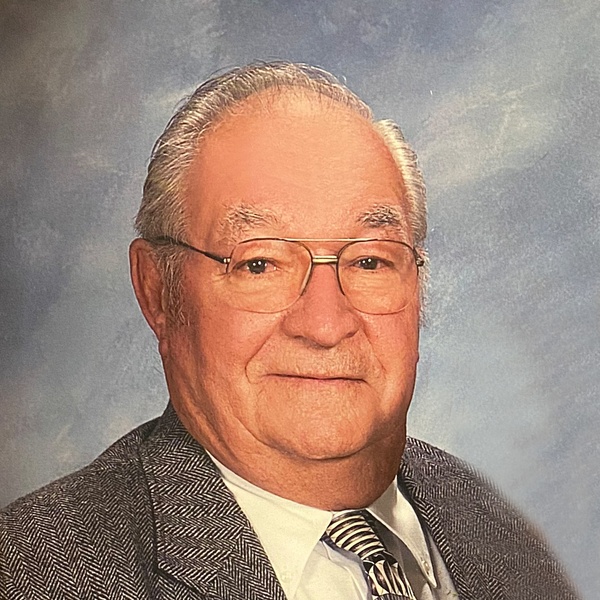 To view the live stream of John's Rosary & Vigil, please copy and paste the following link into a new web browser
https://youtu.be/Fuew7Rz9ysE

Liturgy of the word for John Neurohr, 87, of Dickinson will be 10:00 a.m., Tuesday, August 25, 2020 at Stevenson Funeral Home with Deacon Bob Zent officiating. Burial will follow at St. Thomas Cemetery in Gladstone.

To view the livestream of John’s Liturgy and Rosary please go to webcast link on www.stevensonfuneralhome.com.

John was born September 12, 1932 in Dickinson, son of John and Anna (Kronbauer) Neurohr. He graduated from Gladstone High School in 1951. He married Dorothy Schwindt on August 13, 1956. To this union nine children were born; Cher, Lynn, Jean, Dennis, Lorna, Deb, Donna, Mark and Mickey. John farmed alongside his parents until the couple bought their own farm. They moved back to Gladstone in 1963. Together they enjoyed and grew a bountiful garden which was irrigated by a nearby river. John was a hard worker and instilled those values in his children. He owned and operated Johnny’s Truck Line and the Gladstone Bar for many years. He then went on to work for various Construction Companies as a Heavy Equipment Operator. Due to a work accident he was unable to continue working. He married Eleanor Harstad in Miles City on February 11, 1994. The couple lived in Miles City until moving back to Dickinson in 2018. John and Eleanor were a part of the Good Sam’s club and traveled to see many polkas together. He was also involved as a Boy Scout leader.

He is preceded in death by his parents, John and Anna Neurohr; and brother, Matt Neurohr.
To order memorial trees or send flowers to the family in memory of John Neurohr, please visit our flower store.