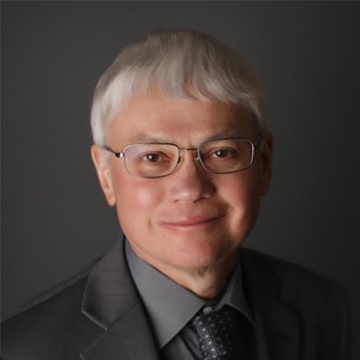 Joseph Meyer, 63, of Williston, North Dakota, passed away peacefully on Tuesday, March 29th, 2022 at the CHI St. Alexius Hospital in Williston, ND. Fulkerson Stevenson Funeral Home of Williston, ND is assisting the family. Friends may sign the on-line register book and give their condolences at www.fulkersons.com

A Prayer and Rosary Service will be held on Friday, April 1st, 2022 at 3:00 pm (MST) at the Stevenson Funeral Home in Dickinson, ND and burial will follow in the St. Patrick’s Cemetery in Dickinson, ND.

The Funeral Service will be livestreamed, you can view Joseph’s service directly on his obituary page on our website www.fulkersons.com.

Joseph John Meyer was born to Ray and Betty Jean (Polensky) Meyer on November 11, 1958, in Dickinson, North Dakota. He was raised on a farm north of South Heart, North Dakota, where for many years he helped with the dairy operation getting up early to complete this task before going to school.

Joe started his educational journey at St. Joseph’s Catholic School for grades 1 & 2, followed by Hagan Elementary for grades 3 & 4, and then finished his education at South Heart School for grades 5 through 12. He participated in athletic sports. His favorite sports were track and cross country. He exceled in these areas, which earned him several trophies at the local and state levels.

After graduating from high school, Joe started to work at Tempo to help earn money toward his college education at Dickinson State College while living with his Grandma Emma. After a couple of years, he started working the front desk night shift at Holiday Inn while going to classes during the day (and taking a nap)! In addition, he was a residential assistant for one of the men’s dorms. He graduated one quarter early in 1981 earning a double major in Accounting and Business Administration.

His work history involved working with several different oil companies and related businesses over the years. Because the oil industry, was not always stable, Joe sought out a career opportunity with the Upper Missouri District Health Unit as their Financial Manager starting in 1987 and continuing until his health started to fail forcing him to retire in October 2019.

When Joe was a Junior in college, he met Wanda Kostelecky. After three years, they were married on November 10, 1983, in Dickinson, North Dakota, and they made their home in Williston, North Dakota. They became members of St. Joseph’s Catholic Church, and he became a member of the Knights of Columbus in 1993. Joe and Wanda mainly participated in the St. Joseph’s Pinochle Club where Joe would continually come in first place many times over the years with the main goal of outscoring Wanda each year.

Joe enjoyed taking his daughters fishing, camping, gardening, vacationing, and attending extra-curricular activities that they participated in after school. He made it a priority to always make sure that they were educated in basic financial and life skills (such as unclogging a toilet).

Joe preceded in death by his parents, Ray & Betty Jean Meyer and his brother, Ronald as well as his grandparents: Albert & Emma (Samek) Polensky and John & Margaret (Emineth) Meyer.
To order memorial trees or send flowers to the family in memory of Joseph Meyer, please visit our flower store.