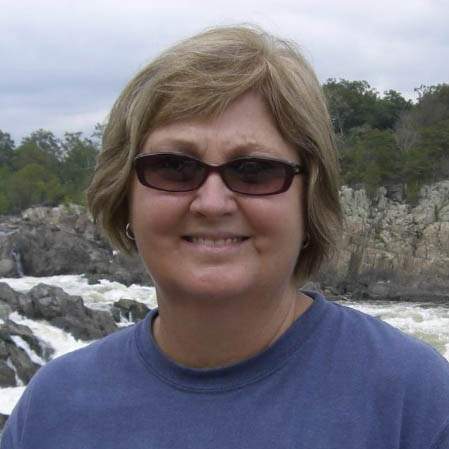 A memorial service to commemorate Judy Farwell’s life will be held at 2:00 pm, Wednesday, July 31, 2019 at the St. Joan of Arc Catholic Church in Ekalaka, MT.


With those big brown eyes that said her love for us would forever be, on July 26, 2019, Judy Ann (Lovec) Farwell was forced by nature to turn herself free.  Judy was born on July 28, 1945 to Emil and Eula Lovec and her childhood years were spent on the family farm near Mill Iron, MT.  As the oldest of 7 siblings (Mary, Mike, Patricia, Carla, Emily, Steve & Sandy), Judy helped her father and mother with farm and ranch work.  She especially enjoyed roaming the range with her horse and dog.  She attended country grade schools and then went to Carter County High School in Ekalaka, MT.   During 1958, she started dating Sherry Farwell and this marked the beginning of an enduring 61-year long romance.  Judy was frustrated by the lack of opportunities for girls to participate in high school sports, but she was a Cheerleader for the Bulldogs.  After her high school graduation in 1963, Judy and Sherry were married.  The young adventurous couple then moved to Rapid City, SD where Sherry was an undergraduate student at South Dakota School of Mines & Technology while Judy worked to support their family, which by 1965 had increased to four with the addition of a son, Gary, and a daughter, Jodey.  Judy’s continuous nurturing, devotion, love, protection, and teaching had a profound positive influence on both of her children and her husband.  Through her impact, we learned to count our multitude of blessings.   Sherry’s pursuit of early career positions in Dubuque, IA and Beaverton, OR followed by additional graduate education required Judy’s ongoing role as the intelligent, hard-working source of their financial support while continuing her essential roles as wife, mother, mentor, advisor, guide and part time student.  During 1969-73, Judy was an administrative assistant at Montana State University.  The family moved to Moscow, ID in 1973 and Judy resumed her administrative assistant career at Washington State University.  In 1988 she resigned from her administrative position with the College of Pharmacy to finish her bachelor’s degree at the University of Idaho in Public Relations/Communications.   After her graduation from Idaho with highest honors, Sherry and Judy moved to Arlington, VA in 1991 so Sherry could work at the National Science Foundation.  Judy flourished in the DC environment and enjoyed the high energy educational, recreational, and political environment.  Her favorite activities were major league baseball games, theater, concerts, sight-seeing and historical excursions.  They returned to South Dakota/Montana in 1995 and established their current home in the Northern Black Hills.  During 2004-2007, Judy and Sherry completed another tour of professional service in Washington, DC.  The births of five grandchildren (Ryan, Erin, John Henry, Sophie & Lily) provided Judy with a new role.  Her blending of unconditional love, unselfishness, companionship, wisdom, humor, generosity and unwavering support made Judy the ideal grandmother in the eyes of her grandchildren.  Judy’s relationships also included many special friends such as Tanya Wolf and a spiritual black cat named Lucky.  However, family remained the centerpiece of her life.

Memorial Service: 2:00 pm, Wednesday, July 31, 2019 at the St. Joan of Arc Catholic Church in Ekalaka, MT.
To order memorial trees or send flowers to the family in memory of Judy Farwell, please visit our flower store.