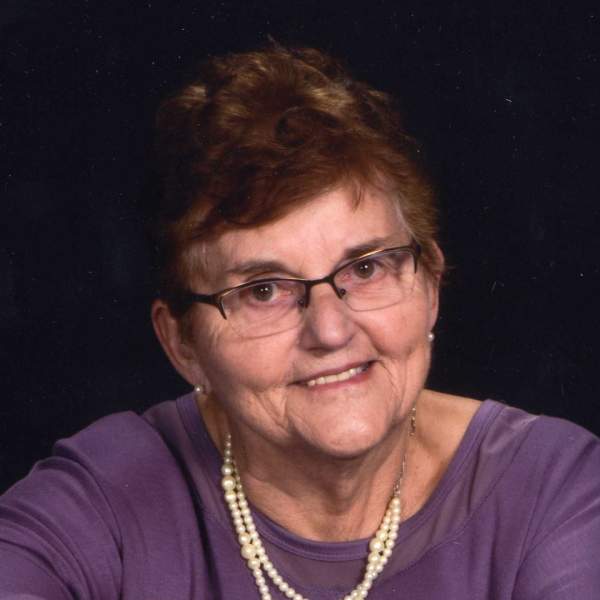 Funeral Mass for Kathleen Kaufman, 84, of Lefor, will be 11:00 a.m., Tuesday, September 22, 2020 at St. Elizabeth’s Catholic Church in Lefor, with Father Gary Benz celebrating. Burial will follow in the church cemetery.

Visitation for Kathleen will be 5:00-6:00 p.m., Monday, September 21st at Stevenson Funeral Home in Dickinson with a rosary and vigil service being held at 6:00 p.m.

Kathleen Mae Kaufman was born on August 2, 1936 near Schefield ND, the youngest of six children and the daughter of Leonard and Minnie (Ehrmantraut) Sticka. Her family moved to Fromberg MT and eventually to Belfry MT where Kathleen graduated from Belfry High School. Following graduation she moved to Billings and was employed as a secretary. Kathleen met Elven Kaufman on September 17th at a friend’s wedding in Laurel MT 62 years ago. They were united in marriage on October 10, 1959 in Laurel MT. The couple made their home on the Kaufman farm in Lefor ND. Their marriage was blessed with five children, Cindy, Bobbi, Elvie, Laurie and Lenny and ten grandchildren. Kathleen was a devoted farmwife and mother. She was a great cook and no one left her home hungry. She enjoyed playing cards, needlework (making a set of dishtowels for all her grandkids), gardening, baking (her molasses cookies will be missed) and making noodles. Kathleen was a faith-filled woman who served as a member of St. Elizabeth’s Christian Mothers, St. Pius Verein treasurer for 25 years, and was a member of St. Anthony’s Club.

She was preceded in death by her parents, Leonard and Minnie Sticka; brothers, Adam, John and Arnie Sticka; sisters, Dorothy Spaulding and Leona Roll; son-in-law, Lorin Lucklum.
To order memorial trees or send flowers to the family in memory of Kathleen Kaufman, please visit our flower store.