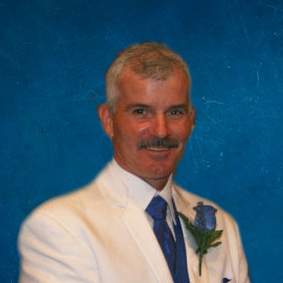 Funeral Service for Kenneth Audrey England, Jr, 58, of Baker, MT, will be held at 11:00 a.m., Thursday, May 28, 2020 at Stevenson Funeral Home in Baker with Pastor Rod Kilsdonk officiating. Cremation has taken place and burial will be held at a later date. Due to the COVID-19 restrictions, social distancing guidelines will be observed.

Kenneth was born in Eugene, OR on October 14, 1961, the son of Kenneth Sr. and Susan (Shaw) England. As a young boy, he grew up in Drain, OR where he attended elementary school and later graduated from North Douglas High School in 1980. During his childhood, Ken enjoyed extra activities such as Cub Scouts, Boy Scouts, basketball, wrestling and Future Farmers of America. Ken had a passion for working with animals and the hard work that came with it. His work ethic started early on; bucking hay, then onto working in lumber mills. Always trying to provide and continue growing, he went to truck driving school. Ken loved driving! He met his soulmate, Tonya Jackson, in Roseburg, OR. They had known each other since 1990 and their lives were going in different directions. As fate and God’s plan had it, they ended up working at the same place. Their friendship grew into a bond and love like no other in 2001. Ken and Tonya were married on September 20, 2008 in Yoncalla, OR. After many years of driving long haul, he found himself in oil country, which eventually brought him to Baker, MT in 2013. Ken enjoyed classic cars and was constantly tinkering on projects. He enjoyed car shows and was a member of the Baker Car Club. Camping, fishing, hunting, cruises and traveling were among his favorite pastimes. Family time meant a great to deal to Ken and he always put others before himself. He was a jokester, always playing jokes on his mom, kids and grandkids. Ken loved his family and friends!