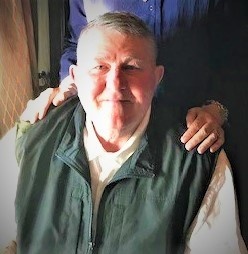 A visitation for Lamar in Plevna, Montana will take place on Monday, November 22nd from 4-7 pm at the First Baptist Church in Plevna on 305 Conser St. in Plevna 59344.

From there will be a short visitation time from 9-10 am then a commemorative service with color guard on November 29th at the Minooka Methodist Church located at 205 W. Church St. Minooka, Illinois 60447.

Travis Lamar Wagnon passed peacefully from this life into the arms of his Lord early Thursday morning 11/18/21.

Lamar, the eldest of three boys, was born on July 19, 1942 in Pine Bluff, Arkansas to Lucille and Travis Wagnon. Lamar, his two brothers and mother moved to the Joliet, Illinois area in 1956. He graduated from Joliet Central In 1960 and Joliet Jr. College in 1962. From there he entered the US Navy. He trained and became a top secret clearance radioman for the USS Enterprise the first nuclear air craft carrier. He was on their inaugural world cruise and loved his time serving his country.

When civilian life came, Lamar worked at Stephan Chemical Company before beginning his 30 year career with the Country Companies Insurances. He then advanced to Farmers Insurance for another 10 years before retiring from sales. To fill his time he earned his CDL in order to drive a school bus. He drove for Central Illinois and Troy School district special needs students who loved him and his happy helpful spirit. When he and Becki moved to Montana he continued to help with the Plevna and Baker school districts bus routes when needed.

Lamar is preceded in death by his gentle mother Lucille Schaubel, his brother Larry Wagnon, step brother and sister in law Bill and Pam Schaubel and daughter Kristin.

He is survived by his devoted wife Becki Wagnon, their amazing daughter Marci Wagnon (Michael) Jackson and their two children Henry and Alice. Also surviving are his two precious adult granddaughters Hannah Wagnon (Josh) Marshall and Brenna Wagnon. His brother Ray, sisters-in-law Gerry Wagnon and Marylou Wagnon, sons Gary and Brian survive him. His nieces and nephews and their families in the Joliet area and Tennessee will miss their uncle and his smiles.

In lieu of flowers, donations and memorials will be given to the Wounded Warriors Fund to continue Lamar’s wishes and his willingness to help others.
To order memorial trees or send flowers to the family in memory of Lamar Wagnon, please visit our flower store.