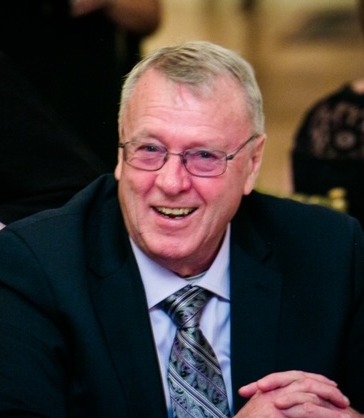 On June 11, 2022, Larry Sample, loving father of three children, passed away from cancer at the age of 77 years old.

Larry was born on January 22, 1945 in Big Springs, Nebraska to Merril and Peryl Sample.  Larry began his career as a car dealer in January of 1964.  He spent nearly 60 years matching people to vehicles and sold more than 25,000 in his life.  Larry had a passion for the car business, but his family was his life.  Larry married Maureen Stevens in 1965.  Larry and Maureen divorced in 1982 but remained very close and raised three children.

Larry was preceded in death by his parents and brother Gerald (Ena) Sample and sister Vivian (Bud) Droneberger.

His smile, laugh and caring nature will be greatly missed.

A Celebration of Life will take place at 10 AM, Saturday, June 18, 2022 at Stevenson Funeral Home in Dickinson, ND with a luncheon immediately following.  Pastor Scott Skones will officiate. Larry’s remains will be interred at Mt. Olivet Cemetery in Wheat Ridge, CO at a later date.  In lieu of flowers, donations may be sent to the Cancer Research Institute in memory of Larry Sample.

To order memorial trees or send flowers to the family in memory of Larry Sample, please visit our flower store.