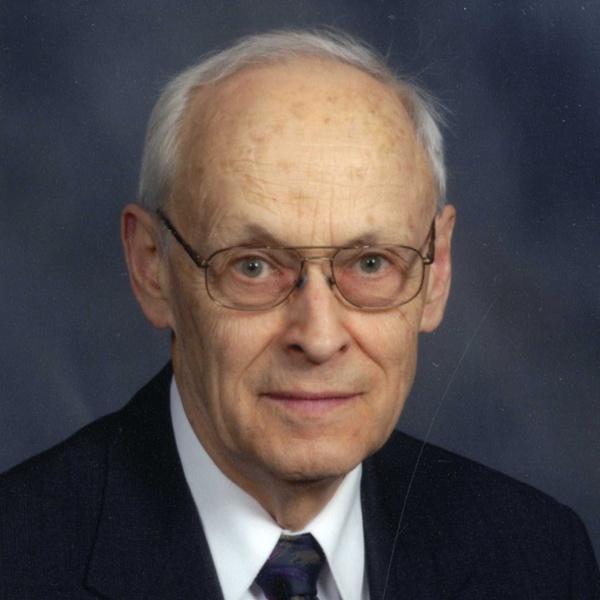 Funeral Service for Lawrence Schilla, 89, of Dickinson will be 10:00 a.m., Wednesday, July 10, 2019 at St. John Lutheran Church with Pastor Lisa Lewton officiating.  Military Honors will be presented by Dickinson American Legion  Post #3 Honor Guard.  Burial will be at the North Dakota Veterans Cemetery.


Lawrence was born July 24, 1929 in Dickinson, the son of Paul and Alice (Hamann) Schilla.  He attended Roosevelt Grade School and graduated in 1947 from Dickinson High School.  He continued his education at Concordia College in Minnesota, graduating in 1951.  Lawrence played clarinet with the Dickinson City Band and he was a member of the college bands.  Following college, Lawrence enlisted in the US Air Force and served four years from his bases at Clovis Air Force Base, NM and Hahn Air Base in Germany.  After his honorable discharge as Staff Sergeant in 1955, he returned home and worked with his father at Schilla Hardware and Furniture.  Lawrence married Geraldine Jesperson in Taylor on June 21, 1957 (with four inches of rain making their day interesting).  They were blessed with three children, Kevin, Karen and Karleen, who have blessed them with ten grandchildren.  Lawrence worked in retailing most of his life.  He enjoyed photography and genealogy.  He also played an active role in the community while participating in the Dickinson City band, Elks Sodbuster band, Chamber of Commerce, Rotary, St. John Lutheran Church and the Greene Drug Coffee Group.


He was preceded in death by his parents, Paul and Alice Schilla; and infant sister, Carline.