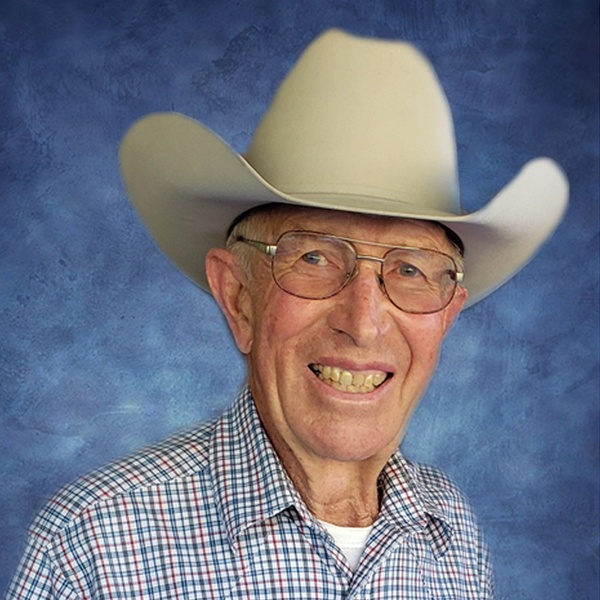 Lloyd was born on September 14, 1935 in Ekalaka, son of Charles and Anna Ambrose Frye Carroll. He attended grade school in the Ogeechee area and in Ekalaka and graduated from Carter County High School in Ekalaka. Lloyd married Betty Loehding on July 28, 1960 in Ekalaka. The couple was blessed with four children, Llane, Maureen, Leigh, and Beth.

Upon graduating from high school, Lloyd worked for Bud and Edna Asbury. After Lloyd and Betty married, they worked for Willie and Gladys Bonefield in the Capitol area. They later worked for Wayne and Gladys Cox in the Webster community. In 1963 they moved to the Martin and Thelma Abel place on Harmon Creek. They have resided there ever since. The ranch gradually expanded with purchases from Bickels, Browns, Harkins (Figg) and Langley (Gundlach). A long-standing lease with the Woolston family on Sheep Mountain has served as pasture for a yearling enterprise.

Lloyd was highly regarded in the community for his love for the land and his neighbors. A neighbor and friend, Jesse LaBree, wrote this about Lloyd on the occasion of the ranch’s 50th anniversary: “Lloyd could be visiting with someone or a group and notice what was happening outside the corral or in the area. He might see a kid having trouble with his horse, maybe about to have a wreck and run over and save the kid, or someone’s horse about to break the reins. Also, if someone was coming to a corral gate with hands full, he would be there to help them through the gate…he would be the first one there to help. He pretty near always went on a run. He is always willing to drop what he is doing to go help a friend or neighbor. He is the first one to get there in the morning and the last one to leave when the work is done.”

Lloyd served on the Dahl Memorial Hospital Board and the Carter County Fair Board. He was a former chair of the Carter County Chamber of Commerce and was an active member and former director of the Carter County Stockgrowers Association. Lloyd was a charter member of St. Elizabeth Lutheran Church.
Lloyd enjoyed following his children, grandchildren and extended families to their various high school and college activities. He and Betty treasured their trips off the ranch traveling to the northeastern states for fall foliage as well as Florida, Hawaii, Alaska, Washington, Oregon, California, Wyoming, Missouri, North Dakota, Minnesota, South Dakota and all over Montana. Trips almost always found a way of connecting with friends and relatives.

He was preceded in death by his parents, Charles and Anna, and 10 half-brothers and sisters.
To order memorial trees or send flowers to the family in memory of Lloyd Carroll, please visit our flower store.