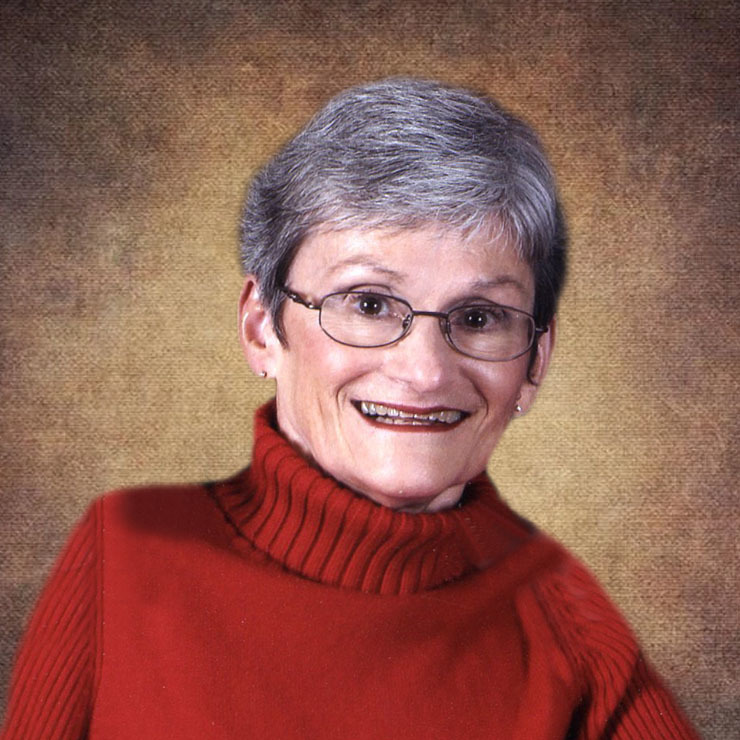 Celebration of Life for Lois will be Friday, August 20, 2021 10:00 a.m. at Stevenson Funeral Home Ekalaka, Tom Stieg officiating. Private graveside will be immediatly following at Beaver Lodge Cemetery in Ekalaka. Friends and family are invited to join the family at St. Joan of Arc Parish Hall for meal.

Lois Lambert, age 69, of Ekalaka, died October 27, 2020, at Dahl Memorial Nursing Home after a long and courageous battle with a variety of chronic illnesses with her husband and daughter at her side.

Most of what follows is in Lois’ own words.

Lois was born In Boonville, Missouri, on December 5, 1950, the first child of Bill and Arlene Goetz Huff. The first snow of the season fell that day. In 1954 Lois’ brother, Jim, was born. Most of the Huff relatives lived in central Missouri, so Lois grew up surrounded by generations of family.

She was raised on a small farm three miles from town, attended schools and graduated from Boonville High School in 1968. Lois spent a year at Southwest Missouri State College in Springfield, Missouri, and another year at the University of Missouri in Columbia, Missouri.

Working as a secretary in the university’s Geology Department, she met graduate student Brice Lambert. The two were married three years later, January 4, 1975, in Ekalaka; and in May 1975 the newlyweds headed for New South Wales, Australia, where Brice taught school for two years.

After returning to the U.S. and teaching another year in Liberty Missouri, the two headed for Montana. Brice worked for a coal and mineral company for seven years in Billings. In those years Lois attended Billings Vo-Tech, receiving a drafting certificate, and worked as a draftsman and scheduler for a local builder.

In 1982, the couple had a daughter, Amanda Morgan, born three months premature. She lived only two weeks, and is buried in Ekalaka. At that time there were few garments made for premature babies, so Lois started the Lilliput Clothing Factory, making “little things for little people.”

In 1985, Lois, Brice, and Katie Lambert moved to Ekalaka and bought the Ekalaka Eagle newspaper and printing business from Tom and Gladys Taylor. Lois had worked for newspapers doing paste-up and typesetting; Brice had a strong background in photography. The rest they learned on the job.

In 1988, Russell Reed Lambert was born, turning the family unit into a foursome.

Lois was diagnosed with multiple sclerosis in January 1989. She continued to work at the Eagle until 1992, when, at the age of 42, the disease left her a quadriplegic. Steroids reversed the condition somewhat; and she had limited use of her legs and arms for a while. After five months in Dahl Memorial Nursing Home, Lois moved home to be cared for during the day by an aide.

With a computer and a headset she continued to conduct interviews and write stories for the paper. She edited books, and even wrote one about her life experience entitled “In My Dreams I Can Walk.”

Lois liked to laugh, and thrived on the good-natured teasing that characterizes Ekalaka. Some thought her perseverance was inspirational; Lois didn’t. She did what she could as long as she could, and when she couldn’t any more, she did something else. That’s how she kept her sanity.

The couple sold the Ekalaka Eagle in 2014, and settled comfortably into retirement.

Lois loved her husband, her children, and her grandchildren. She had many friends in the community, she enjoyed her work, her life, and spent much of it tackling the challenges that she met.

She was preceded in death by her brother, Jim, her parents, her daughter Morgan, and stepfather Tom Sturman.

Survivors include her husband of 45 years, Brice, daughter Katie (Clayton) with grandchildren Gage, Grady, and Bristol of Ekalaka; son Reed (Erica) with grandchildren Elliana, Hadley, and Roman of Cuyahoga Falls, Ohio; and an uncle Don (Tina) Huff of Marshall, Missouri.
To order memorial trees or send flowers to the family in memory of Lois Lambert, please visit our flower store.
Send a Sympathy Card