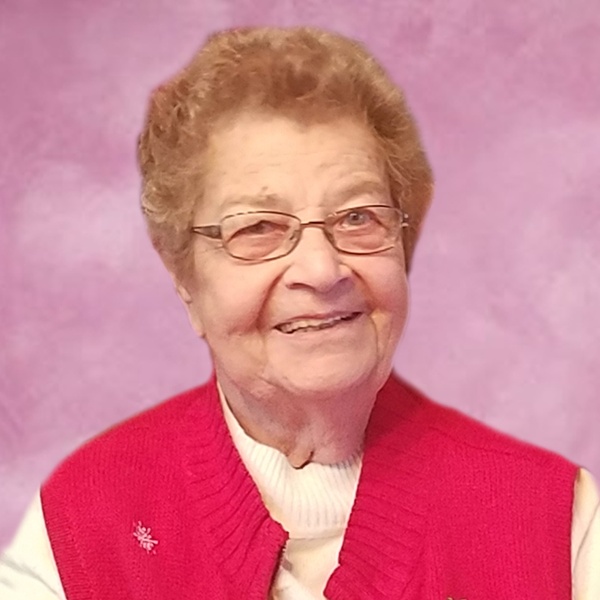 Funeral Mass for Lois Wetsch, 91, of Killdeer will be 10:00 a.m., Wednesday, May 8, 2019 at St. Joseph’s Catholic Church, Killdeer with Father Jerry Kautzman celebrating.  Burial will take place in Killdeer Cemetery.


Lois Dettmann was born August 12, 1927 in Judson, ND, the daughter of Hugo C. and Agnes (Ims) Dettmann.  She grew up and attended school in Judson; graduating from Judson High School.  She went on to attend Dickinson Teachers College.  It was during this time that she met Joseph J. Wetsch.  The two were united in marriage on February 15, 1947 at St. Vincent’s Catholic Church in Crown Butte, ND.  The couple began their married life in Bismarck before moving to Killdeer in May of 1949 when they established Wetsch Construction.  It was here where they made their home ever since and raised their five children.  In 1965, Lois began operating the Tastee Freeze in Killdeer.  She also worked for the City of Killdeer as the City Assessor as well as Assistant Auditor and was awarded ND League of Cities Employee of the Year.


Lois was very active with various committees at St. Joseph’s Catholic Church in Killdeer.  She enjoyed reading, working on needlework projects, playing cards, Bingo and Bridge and belonged to Bridge Club and Thimble Club.  She loved spending time with her family and friends and cooking; especially for large groups.  Lois was very proud of her house and was known to keep it immaculate.  Her love for her children and grandchildren was very evident and time spent attending their various activities brought her great joy.