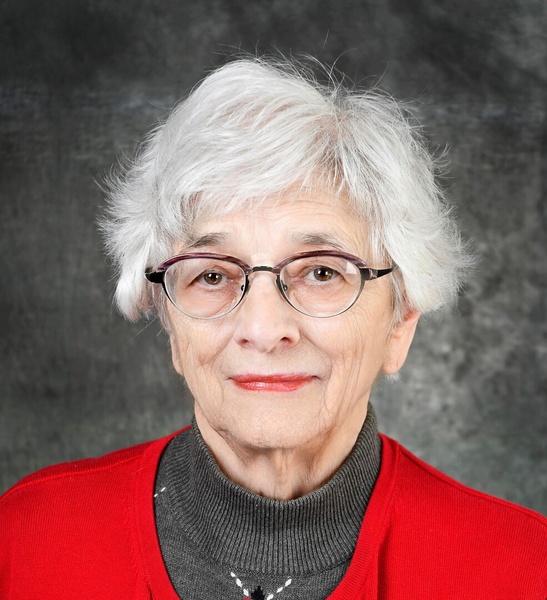 Lorraine was born on February 29, 1928 in Glen Ullin, ND, the daughter of Adam and Emma (Jose) Schneider, who owned the Gamble store in Glen Ullin.

Lorraine’s mother passed when she was 8 years old and this led to a certain amount of hardship for Lorraine. Lorraine recalls having to stay with family and friends while her father farmed and worked. She became her father’s little handyman, losing part of a finger while servicing a header. She coped with her loneliness by making pets out of the farm animals. That’s where her lifelong affection for cats started. In high school Lorraine was not allowed to take typing class because of the loss of her finger. With teachers help she was able to type good enough to work in the bank for Herman Leutz for 3 years.

Her father remarried, and although Lorraine graduated at the top of her class and was honored with a college scholarship, she was unable to pursue that due to family issues.

In September of 1956, Lorraine and Roy moved to San Mateo, California.

She continued working at a private bank that later became Wells Fargo until the age of 84. Due to her husband’s illness, she needed to retire. Lorraine had an ability to handle disputes and become very popular as a problem solver in the banking business.

In 2015 Lorraine moved back to Glen Ullin to be closer to her roots. As she often said, “I’m a North Dakota Farm Girl at heart.” She made her home in the Marian Manor apartments and later in the nursing home. She became very popular with the staff.

She was preceded in death by her parents and her husband, Roy. She is survived by her son, Lon; several nieces and Nephews; and a half brother, Jerry Schneider.
To order memorial trees or send flowers to the family in memory of Lorraine Berreth, please visit our flower store.