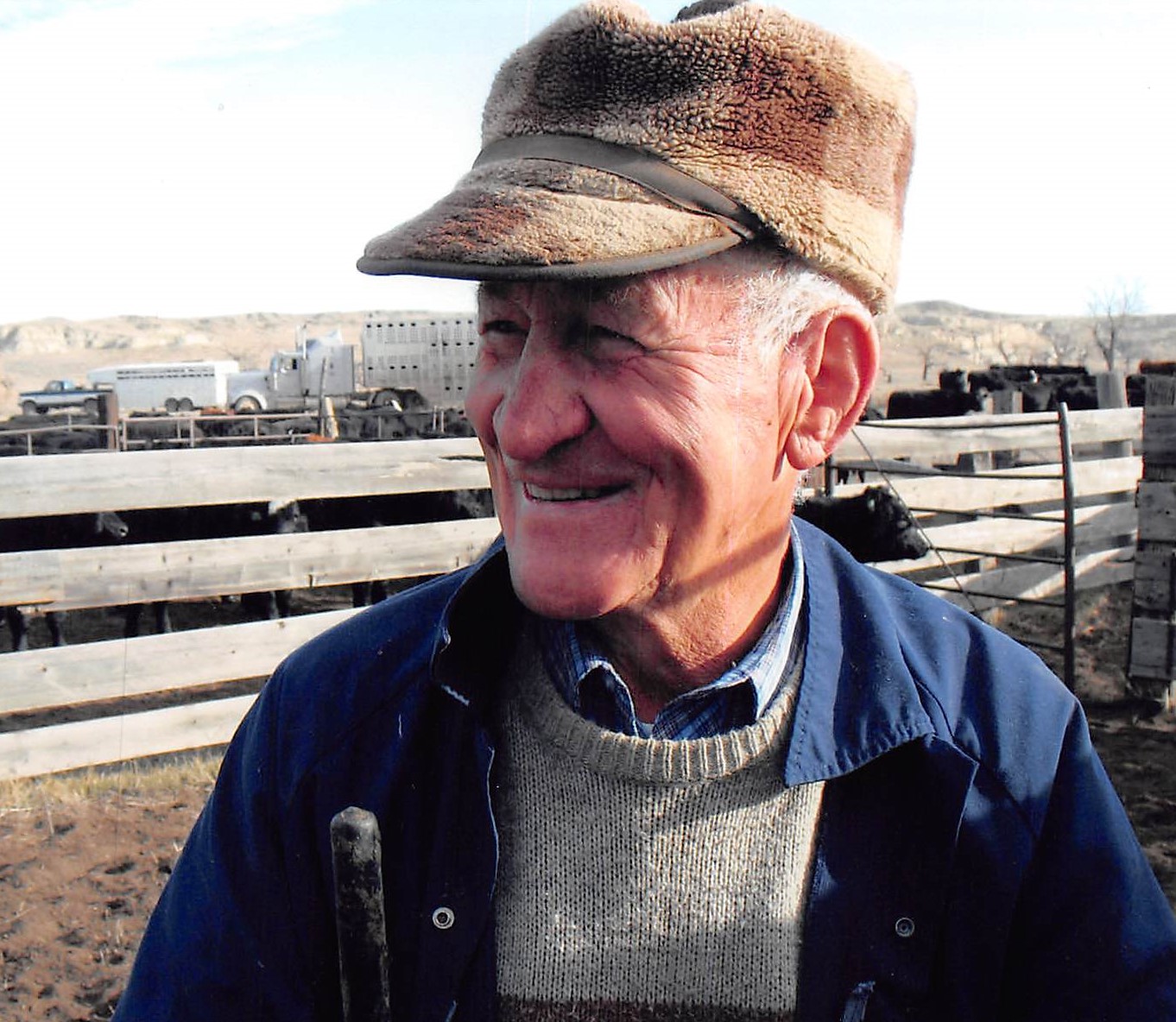 Funeral service for Lynn Householder, 93, of Ismay, MT, will be 10:00 a.m., Thursday, July 28, 2022 at American Lutheran Church in Baker, MT. Visitation will take place one hour prior to the service at the church. A military graveside service will follow at Bonnievale Cemetery.

For those that are unable to attend, a livestream of the funeral service will be available ten minutes prior to the service starting.

He proudly served in the United States Army from 1951-1953 and was stationed in Korea. After returning home to the ranch, he courted and won the affection of Doris D. North. On November 26, 1955 they were married by candlelight service at the First Baptist Church in Baker, MT. They were blessed with 3 children: Clifford John (1956), Nancy Lynn (1959), and Starla Kay (1964). From meager beginnings, they built a full life.

Lynn believed in starting each day with a hearty breakfast and devotions. He valued a firm handshake, greeting people with a smile, and being on time (and early) to church on Sundays despite getting up before the sun to do chores and commute 45 miles to town. He loved the land and cattle he was a steward of. He participated in the block management program and enjoyed the hunters that it brought. He was a gifted conversationalist and never met a stranger. He enjoyed visiting with everyone! Traveling, playing cards, telling stories and jokes, and being a prankster was what he enjoyed when he wasn’t outside working. Lynn often had a twinkle in his blue eyes and a wink meant he was up to mischief.

His earthly dream was to have enough land and cattle to hand down to the future generations of Householders. In 1978, the Renn place was purchased on Cabin Creek and Cliff returned from college to begin Log Cabin Ranch. The family labored diligently to work the new land creating alfalfa dikes, spraying noxious weeds, and putting up countless miles of fence. Other than holidays with family, his favorite days of the year were branding day and shipping day. Throughout the years, Log Cabin Ranch has continued to expand. He was proud of their reputation of being good neighbors and continuing to grow into the third and fourth generation.

He was preceded in death by his parents, brothers (Russel, Glen, and Junior) and sisters (Sarah Netzer and Bessie Parobeck). After spending 67 years together on earth, Lynn was eager to join Doris who passed in May. Hardworking hands are now at rest. Laughing, visiting, and dancing are filling his days again.

He wanted to remind us all to be good stewards of the land and eat beef!