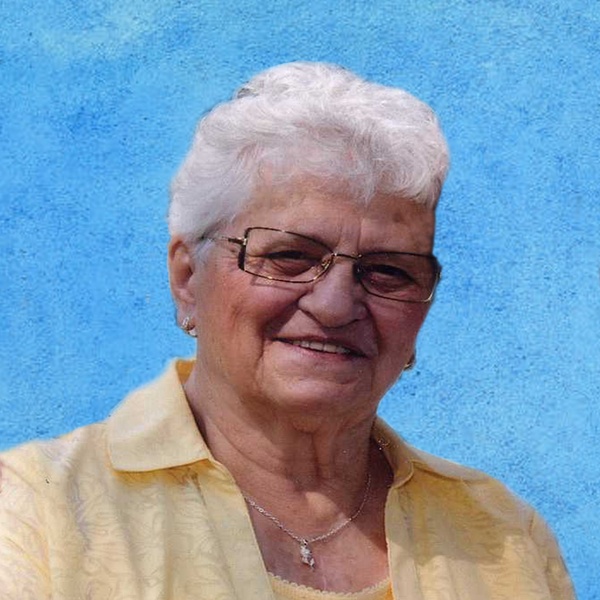 Margaret passed away, surrounded by her family on Thursday, June 10, 2021 at St. Benedict’s Health Center, Dickinson.

Margaret M. Dvorak was born November 23, 1934, one of six children to John and Pauline (Simek) Binstock. She grew up on the family farm near New Hradec. She attended school at Sts. Peter and Paul grade school. Margaret loved being outdoors and working with her Dad on the farm. At her sister’s wedding, Margaret met Edward E. Dvorak, and the rest is history. Margaret and Edward were married on September 23, 1953 at Sts. Peter and Paul Catholic Church. They were blessed with 8 children, Sharlene, Janel, Judy, Randy, Allan, Eddy, Kathy and Terry. The family made their home on the Dvorak ranch near Manning. Margaret and Edward were blessed with many good years on the farm. In 2005, they retired to Dickinson and made it their home ever since.

Margaret and Edward were a special couple, always welcoming their neighbors and visitors for a homemade meal and a game of cards. Margaret was a great cook! She appreciated the outdoors, loved to garden and work the farm. She took pride in being self-sufficient and providing everything her family needed. She was an accomplished seamstress, making quilts for all of her grandchildren. She enjoyed playing cards or a trip to the casino. In her younger days, she spent Saturday nights dancing with Edward. Her favorite holiday was the 4th of July where she enjoyed the festive environment, evening fireworks, followed by watermelon, summer sausage and chocolate covered doughnuts.

Margaret lived her life knowing, loving and serving God. She loved her family and especially her grandchildren.

In lieu of flowers, Margaret’s family suggests memorials to St. Ann’s Altar Society.
To order memorial trees or send flowers to the family in memory of Margaret Dvorak, please visit our flower store.