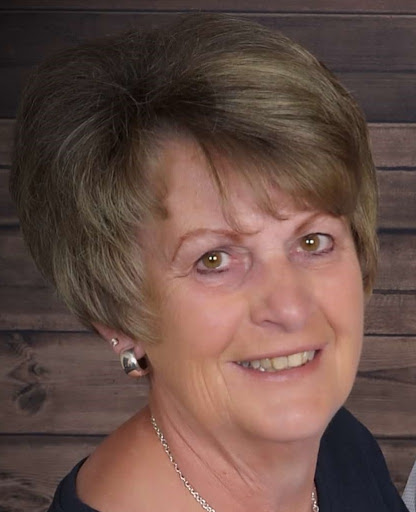 Mariann died unexpectedly on July 28, 2022 at the University of Colorado Hospital in Aurora, Colorado.

Mariann was born on November 12, 1950 to Sebastian and Anna (Hauck) Fettig.  Mariann grew up in Richardton, where her parents owned and operated the Locker Plant and Café.  It was from her mother that Mariann learned how to bake many of the delicious baked goods that she was known for.  Mariann graduated from St. Mary’s School in Richardton in 1968.  After graduating from high school, she moved to Bismarck and attended cosmetology school.

It was while she was in Bismarck, that she met Thomas Voegele.  Tom and Mariann fell in love and were married on July 19, 1969.  After they were married, Mariann and Tom moved to Fargo.  They welcomed their son, Scott, in 1971 and their daughter Malissa (Missy) in 1974.  The Voegele family moved back to Richardton in 1975, where they owned Tom’s Body Shop and were very active in their community.  Mariann ran an in-home daycare and worked at various waitressing jobs, before becoming the head cook at Taylor-Richardton Elementary School.  Working at TRE gave Mariann so much joy because she loved being with and filling the bellies of “her kids”.

The job that Mariann cherished the most in her life was being a mom and grandma, not just to her own kids and grandkids, but to all of the kids in her community.  She became a second mom to many, always providing a listening ear, sage advice, a hot meal, or a warm hug.  There was always room at her dinner table for another plate, and she always had baked goodies on hand for any unexpected guests.  Her cookies, caramel rolls, kuchens, and pies were unparalleled.  Mariann also enjoyed camping, playing cards, going to car shows with her car club community, and spending the winters in Arizona with Tom.

In lieu of flowers, donations may be made to the Mariann Voegele Memorial Fund, which has been set up at Dakota Community Bank and Trust in Richardton, ND.

To order memorial trees or send flowers to the family in memory of Mariann Voegele, please visit our flower store.