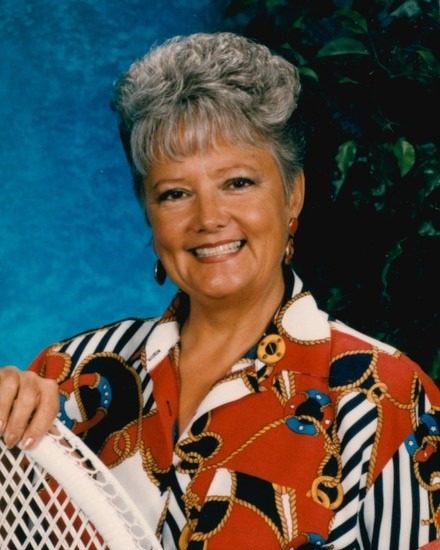 A Family graveside service for Marian Ellexson, 76, of Wittman, AZ, will be scheduled at a later date.

Marian (Tooz) Kupper Ellexson was the first of three children born to Ernest and Barbara (Hopfauf) Tooz.  She was born on December 8, 1945, in Dickinson, North Dakota, and grew up on the family ranch west of Killdeer, North Dakota.  Marian started school in a little prairie school house miles from the ranch, and later attended Grassy Butte elementary and Killdeer High School.  In 1964, she married Kenneth Kupper of Killdeer, and their marriage was blessed with one daughter, Lisa.  Together they lived on a ranch at Squaw Gap, east of Sidney, Montana, until Kenneth’s passing January 14, 1994.  She was a dedicated ranch wife who also worked at T&E Machinery until 1970.  In the mid-1970's, she went to work with the US Census Bureau.  After her husband of 30 years passed, she relocated  to Phoenix, Arizona, where she was the head of a US Census Bureau field office for Maricopa County until her retirement in 2011.  After moving to Phoenix, Marian met and fell in love with Greg Ellexson.  They married October 2, 1997, and settled in Wittman, Arizona, where she lived until her death. After retirement, she spent her time reading and making beautiful silk flower arrangements, and most recently, she made all the silk arrangements for her greatest blessing and loved grandson, Nicholas and Brianna’s wedding, October 1st, 2022!  Marian had been so excited to attend Nick and Brianna's wedding, and we are greatfull she was able to be there on that special day.

Marian is survived by her husband Greg of 25 years; daughter Lisa Larson, Sidney, Montana; grandson Nicholas (Brianna) Larson, Sidney, Montana; brother Fred (Kathie) Tooz, Dickinson, North Dakota; stepdaughter Shannon (Steve) Kollat and their children Christopher, Zack and Cody, all of Idaho; and all of her neices and nephews, whom she loved dearly.

Marian was preceded in death by her parents, her first husband, Kenneth Kupper, her brother Ernest and his wife Judy Tooz, and her son-in-law, Gary Larson.

A Family graveside service will be scheduled at a later date.

To order memorial trees or send flowers to the family in memory of Marian Ellexson, please visit our flower store.