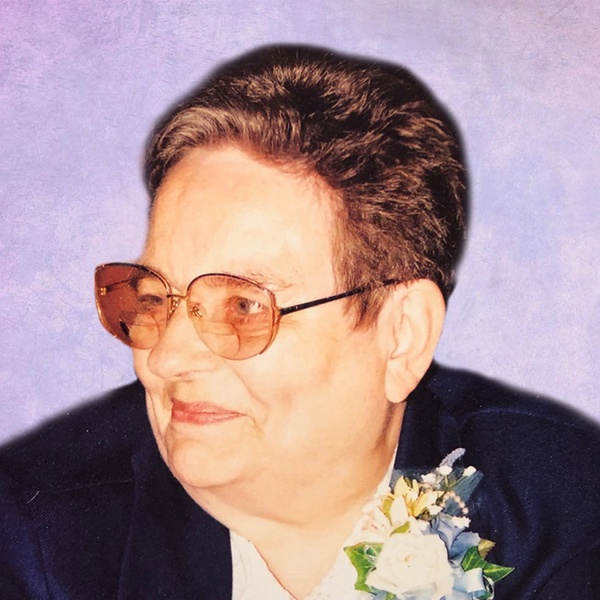 Memorial service in remembrance of Marie Mische Rehm, 96, of Glen Ullin, will be held at a later date.

Marie Mische Rehm was born on December 15, 1923 in Hebron, the daughter of William and Margaret (Treiber) Mische. She grew up, attended rural country grade school and graduated from Hebron High School in 1941. On January 23, 1945, Marie was united in marriage to Harry “Jim” C. Rehm Jr. in Hebron, North Dakota. In 1946 they started a trucking business which they operated until 1971. To this union, four children were born, Jonathan, Joel, Jeanne, and daughter Joyce who was stillborn. Brett and Bart joined the family in adoption and were loved as their own. They resided in Hebron. Through the years, Marie was a bookkeeper for Urbans Inc., in Hebron, a clerk in the Hebron Post Office, a bookkeeper for Rehm Trucking Service, bookkeeper for Peavy Lumber in Glen Ullin, and the Activity Director for Marian Manor Nursing Home in Glen Ullin. She served her community for a time by being on the Hebron School board. After retiring they traveled and helped out their children when needed with many, many projects. She and Harry also gave generously of their time with their grandchildren which they appreciated so much. Their investment in their children and grandchildren with time, love, play and work will always be cherished. They enjoyed their winters in the south and doing some mission work at a children’s home in Mission, TX. In September of 1979, Marie and Harry moved to Dickinson. In 2000, they moved to Glen Ullin to be closer to family and in 2008, she entered Marian Manor Health Care Center.

She loved music and prior to marriage she played clarinet in a band with her brother, sister, uncle and cousin called the “Victory V” (five) from 1942-1945. Most all of their music was played by ear with no written music. She taught her daughter and several other children in the community to play the piano always stressing “COUNT, COUNT!” Marie loved to laugh and her infectious laugh always brought others to laugh with her. She used her humor and love for the Lord in leading the youth of the United Church of Christ for 25 years. Many youth from the community came to learn, love the Lord and play, in addition to the children from the church at these youth meetings. She taught Sunday school and Bible school for 20 years and held many home Bible studies. Other interests were board and card games, embroidery, flower and vegetable gardening, jigsaw and crossword puzzles, reading and baking with many AWESOME caramel rolls and cookies given to many friends and family. She also began painting in her middle years and became quite accomplished as a painter. She memorized some of the Psalms when in her 80’s to “keep the mind going.” After her eyesight began to go, she learned how to play some games on her I-pad (large print) to help her pass the time. She always said she never got bored. Her faith and love for her Savior, Jesus, was always her foundation for her life and she prayed for each family member and many others to come to know Jesus as their personal friend and Lord of their life.

In lieu of flowers, Marie’s family suggests memorials to Marian Manor HealthCare Center in Glen Ullin or Badlands Ministries Bible Camp in Medora.
To order memorial trees or send flowers to the family in memory of Marie Rehm, please visit our flower store.