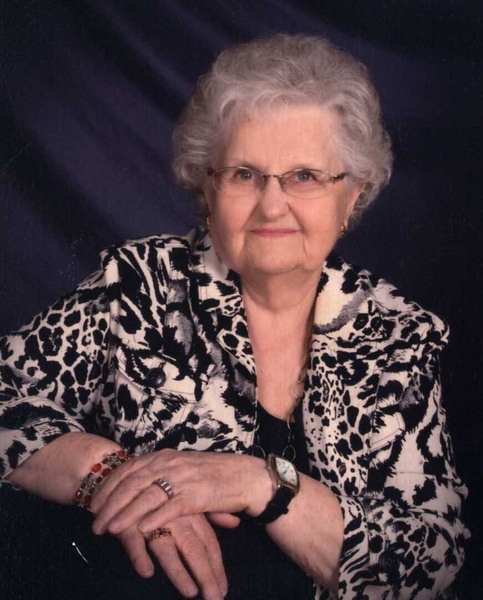 Due to the recent outbreak of the Coronavirus, public officials have strongly recommended to keep Martha’s funeral services to family and close friends. We ask that if anyone is not feeling well to please stay home and get feeling better. Martha would have wanted her friends to be in a safe environment during this time of uncertainty. Her family understands and appreciates your thoughts and prayers.

Private funeral service for Martha A. Reisenauer, 92, of Dickinson, will be held at Stevenson Funeral Home in Dickinson.

Martha passed away on Thursday, April 2, 2020 at CountryHouse Residence in Dickinson.

Martha A. Brydl was born November 25, 1927 to Valerian and Lucy (Urbanec) Brydl in Dickinson, ND. She grew up on the family farm near New Hradec and attended grade school at Sts. Peter and Paul. Martha graduated from Model High School in Dickinson. It was during this time she met Frank Reisenauer. The two were married at Sts. Peter and Paul Catholic Church on April 29, 1947. The couple was blessed with four daughters, Renae, Roseann, Rhonda, and Roselyn. The family made their home in Dickinson where Martha worked as a waitress and housekeeper.

Martha was known for her tasty Kolache and Fleischkuechle. She will be remembered for her smile and her optimistic outlook on life.

She is preceded in death by her parents; her husband, Frank; brothers, Laudie Brydl, Larry Brydl, Father Ladislaus Brydl; sister Wilma Kappel
To order memorial trees or send flowers to the family in memory of Martha Reisenauer, please visit our flower store.