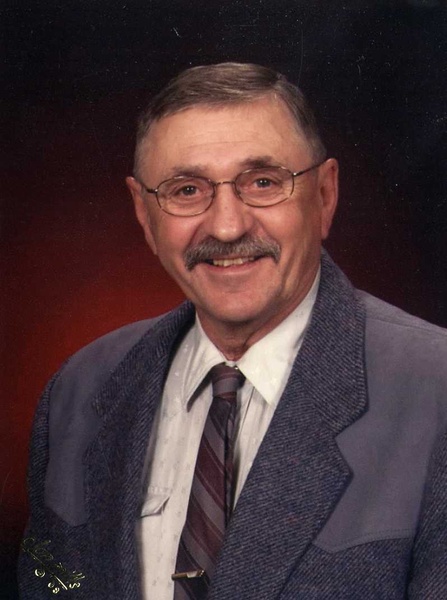 or copy and paste the following link into your web browser.
https://youtu.be/KEd91d5AoaQ

To view the live webcast of Marvin’s service, please go to www.stevensonfuneralhome.com , click on Marvin’s photo and select photos and videos. The livestream will be active 15 minutes before the service.

Marvin passed away November 17, 2020 at Hilltop Home of Comfort in Killdeer.

Marvin Anthony Schmidt was born to Peter P. and Frances (Froehlich) Schmidt on September 26, 1936 in Stark County, at home, with a midwife coming into the world at 10 plus pounds. He was the fifth of seven children. Marvin was baptized and confirmed at the Lady of Lourdes Catholic Church in Gaylord, ND. He attended country school and went on to Model High in Dickinson staying with his sister Angeline Beyer and family. He joined the Navy in 1955 and served proudly on the US Lake Champlain as a pipe fitter and in Boston as an honor guard. While in Boston he played on a basketball team that won the Naval District Championship. He talked about the Boston Celtics Basketball team coming and practicing on the Naval basketball court with the team he was on. Marvin was discharged in 1959 and returned to Dickinson. He married Alice Haugen and to this union three children were born: Mark Anthony, Douglas Paul, and Melissa Ann. During this time he worked for Schwartz and Oberlander. This union was dissolved and he went on to driving a truck for Rock Island, later returning to Dickinson to drive truck hauling cattle and pigs for Bill Hamann. He eventually bought his dream semi and went trucking for Bill hauling cattle to feed lots in Iowa, Colorado, or wherever he was sent.

Marvin married Dorothy Monroe in 1973 and to this union two sons were born: Michael Anthony and Patrick Robert. Together they made their home in Dickinson where Marvin continued to work for Bill. In 1975 he moved his family to the Hudson Ranch North of Beach which Bill and Jim Wachter had leased. This was a five year adventure chasing yearlings and making many friends. Marvin then obtained a job with Belle Fourche pipeline and moved his family to Arnegard. The family then moved to Killdeer and he continued to work for Belle Fourche pipeline and built his spot in the country. He retired from Belle Fourche after 23 years and continued with his little herd of cattle. He enjoyed this time helping his “boys” wherever he was needed.

Marvin entered Hilltop Home on December 23, 2019 where he was taken care of until November 17, 2020. He suffered from Dementia.

Marvin was a hardworking man and could build and fix most anything so it was done right the first time. He was so proud of his family and protected and provided for all of them. Marvin belonged to St. Joseph’s Catholic Church in Killdeer and the North Dakota Stockmen’s Association. Work and spending time with his family were his most important hobbies.

He had a life well lived – love – faith – fun – respect. A hole in our hearts with happy memories to fill it.

Remembrances and condolences can be shared with the family at www.stevensonfuneralhome.com
To order memorial trees or send flowers to the family in memory of Marvin Schmidt, please visit our flower store.